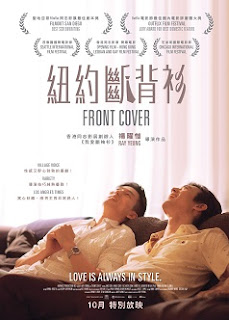 For years now, I've been tuning in to made-for-gays movies, far more times than not gagging at how bad the acting is in a so many of them, how trite the plot, how full of stereotypes. Trash. So much trash.

The upside of having to plough through all these really bad movies is that when you come across a decent film you get twice the pleasure. The bar is pretty low. It doesn't have to be a gem, you say to yourself. It just has to have something going for it.

That's the case with Front Cover. There are two lead characters, Ryan and Ning.  Ryan is an ABC - American-born Chinese gay man - who works for a fashion magazine called Mаis Oui. His boss assigns him the job of introducing Ning, a well-known actor in China, and booster of all things Chinese, to the American public.

So far, so bad. We are primed for the plot line about how the two bigots whittle away at each other's prejudices. In incompetent hands, this would be just another stinker waiting to happen.

But it's not a stinker. And it's not a spoiler, I hope, to tell you that they do both become friends and move closer to a happy medium, since that's what you expect will happen. What is surprising, though, is how well writer/director Raymond Yeung Yaw-kae plays out the resolution of the conflicts. Yeung is chief of the Hong Kong Lesbian and Gay Film Festival. He has an MFA from Columbia University School of the Arts. He knows his stuff and what could so easily have been one long cliché from start to finish turns out to be a very engrossing watch.

in English (mostly), Putonghua (that's Mandarin, to you), and Cantonese

Torrington from the air 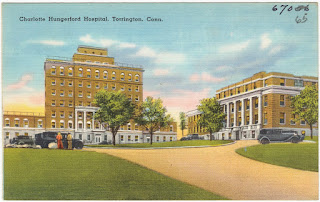 Królowa - The Queen - a film review 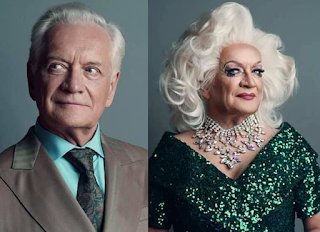 Supreme Court Justice Clarence Thomas is suggesting, now that he and his man-buddies on the court have dragged the United States back to the dark ages of back-alley abortions, that he's just getting started. Also on his to-do list, as if forcing girls impregnated by their fathers or brothers to carry the baby to term, and criminalizing doctors who choose the life of the mother over the life of the fetus were not enough, is removing the right to birth control and taking back the right of gay people to marry each other.

I know, I know. That's the "worst case scenario" you will tell me. Not necessarily going to happen. Maybe not, if we can get Americans to throw the zealots out of office who are responsible for this horror show, but they've definitely opened the door to the possibility. Homophobia, welcome to America. Step right in and have a seat. You're welcome here.

Meanwhile, over in a more progressive nation - Poland - they're making movies now (well, a movie) about a drag queen who saves the day in his old home town. Remember those Mickey Rooney, Judy Garland days when things got rough for the working class parents and the kids (why were the boys all wearing suits and ties?) put on a show and bailed everybody out?

That's the plot of the new Netflix film just released two days ago. It's called Królowa (Queen), and it's about a queer kid from Katowice, a mining town in Silesia, who runs off to Paris as gay kids are wont to do when the going gets rough. If you're American, you go to New York or Hollywood, but if you're Polish, like Chopin, bright lights/big city means Paris.

Sylwester, played by Andrzej Seweryn, becomes a fashion designer by day and a drag queen entertainer by night, and succeeds big time in both endeavors.  Forty years go by and he gets a letter from his granddaughter. She has googled him and asked him to return to Poland and donate a kidney to her mother, who will die if she doesn't get a transplant from somebody compatible. Turns out granddaughter is pregnant and can't do the job herself.

Sylwester, whose stage name is Loretta, stews over the decision for a while but gives in to his better instincts.

What happens after that is for viewers to discover. Much of it is predictable, and since it's French and it's about drag queens, in addition to being soap opera, there's farce. In the wrong hands this Netflix streamer of four hour-long episodes could easily go off the tracks. But the sentimentality works. The film has great heart, and the lead, Andrzej Seweryn, turns out, has some serious acting chops. He is a seventy-six-year-old veteran who has starred in over fifty films in Poland, France and Germany and is currently director general of the Polski Theater in Warsaw.

Supporting actors do a pretty good job, as well.

There is an accident in the mines that leaves the locals financially strapped, so the "let's put on a show" bit in which Loretta is drafted to save the day can be seen coming a mile away. Also predictable is that it will be not just a little, but way way over the top.

Anybody putting on happy-ending feel-good movies these days deserves a vote of gratitude.

in French and Polish, with subtitles