Whistling in the face of grief 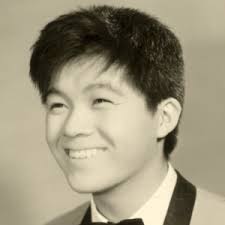 Each time anybody says something like "These are trying times," it's hard not to slap them with "What about..." and remind them of famines and floods, droughts and revolutions galore. Nobody gets to claim things have "never been bad as this!"

OK. Got that out of the way. Now I'm going to claim we're going through some rotten times. Trump's gone, but I'm saving the champagne for when his ass gets sent to jail. The Supremes are about to turn us into a theocracy and force poor girls in Alabama and Mississippi who get impregnated by their father's fishing buddy to give birth. Putin, who claims all he wants is to bring the Slavic people of Eastern Europe into his warm embrace, has earned the title of Slav-Slayer instead.

On a more personal level, I've now passed the average life span for men in the United States by over four years (pft! pft!), but I'm dealing with the passing of one friend or colleague after another. There is lots to get down about.

And that brings up an interesting philosophical question. Is it possible to remain smiley-faced, or at least not sad, without being a Pollyanna, without turning your back on reality, without pretending?

I sent around a link yesterday to a benefit Cateen (Hayato Sumino), one of the most talented pianists I know, gave back in March for the victims of Putin's invasion of Ukraine. In it he played the Ukrainian national anthem and also a wonderful piece of music written for the victims of the earthquake and tsunami in Fukushima called Hana wa saku (The flowers will bloom again).

That prompted me to start thinking about the many ways people have used music to deal with grief. I have no use for denial - I'm sympathetic to people who need it to survive mentally, but I am convinced burying grief only allows it to come at you when you least expect it and tear you apart further down the line. I think the way to go is to face it, look it square in the face, and spit in its eye.

The Japanese are good at that. We in the English-speaking world have "Singing in the Rain," that magnificent song and dance number by Gene Kelly, where the words go:

I'm laughing at clouds
So dark up above
The sun's in my heart
And I'm ready for love
Let the stormy clouds chase
Everyone from the place
Come on with the rain
I've a smile on my face
I walk down the lane
With a happy refrain
Just singin',
Singin' in the rain.

But even those lyrics get a bit too close to denial.

I relate much more readily to the Japanese song "Ue o muite arukou," a song which came out in 1963 and made its way to the States under the bizarre title of "Sukiyaki." Laughable now, but it made sense, since the world I grew up in (I was 23 in 1963) knew precious little about things East Asian. Chinese food was pretty much limited to "chop suey" and Japanese food to "sukiyaki" and so the producer who brought it here decided to use one of the small handful of Japanese words Americans could connect with. Never mind that the food cooked at the table had absolutely nothing to do with the song about loss and pain and suffering.

Here are the opening Japanese words with my rather loose translation:

I walk with my face uplifted

So that my tears won't fall

I won't do the whole thing. If you're interested you can find the original with an English translation here.  Or use the link down at the bottom.

The singer who made it famous was a handsome guy named Kyu-chan (Kyu Sakamoto). He met a tragic end in a plane crash at the age of 43.

What's so remarkable about it is that many students of Japanese have committed this song to memory and only afterwards come to realize how the finger-snapping jolly delivery completely masks the harsh reality. The music is upbeat, even jolly. A Japanese way of singing in the rain.

There must be a million versions of it.

Here's one of my favorites, a purely instrumental version done in the kind of serious fashion I think only Japanese can pull off. Makes you want to get up and move your arms and legs and snap your fingers. Whistle, even.

And here's the original, performed by Kyu Sakamoto.

I call this looking grief in the face.

And maybe not spitting. But dancing.