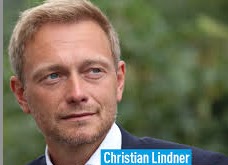 OK. Here’s my quick-and-dirty take on the mess the Germans are in at the moment. Anybody with the time for it should look elsewhere for a more knowledgeable analysis of the situation. But for what it’s worth, here’s my understanding of what’s going on.

First off, a primer on the German political scene.

Germany has six major parties – there are more, but they don’t have enough support to pass the threshhold for representation in Parliament (the Bundestag). You have to get a minimum of 5% of the vote to be allowed to take a seat.

Germany’s six parties (with percentage of the vote in the 2017 election in parentheses) are:

1. the far right – AfD (Alternative for Germany) (12.6%)
2. the Conservatives – CDU/CSU – known as The Union (i.e., of Christian Socialists in Bavaria and Christian Democrats in the rest of Germany) (32.9%)
3. the center-right business party – FDP - the Free Democrats (10.7%)
4. the center-left social democrats – the SPD – “Socialist Party of Germany” (20.5%)
5. The Green Party – its official name is a clumsy mouthful: Alliance 90/The Greens – (8,9%)
6. the far left – Die Linke (the Left) – heirs to the former East German communist party dusted off and polished to look acceptable to western democracy – some see Die Linke as “old wine in new bottles," but many find that an unfair characterization. Definitely anti-capitalist, however.

Now even though Merkel’s party came out the winner by a considerable margin, it nonetheless gathered less than a third of the popular vote. That means she has to make a choice – to run the country as a minority party, or once again to govern in coalition with others.

Up till now she has governed in coalition with the Socialists, but in this election the socialists broke loose from the coalition and ran in opposition to her. Things got quite ugly, and Martin Schulz, the Socialist leader, is steadfastly refusing to make the compromises necessary to rejoin the coalition. He has declared the Socialists will now be known officially as “the opposition.”

So, with the Socialists out, that leaves only the FDP and the Greens. Since these parties are quite far from the Christian conservatives in mindset and policy goals, this is a major challenge for everybody involved. Not impossible – if the socialists could do it, there is some hope other left-oriented non-conservatives could as well. So for the past few weeks headlines in the German papers have been all about “Sondierung” – a word which I understand to mean something covering the semantic range between negotiating and haggling with overtones of probing and sounding out. Or, perhaps more accurately the other way around – probing with overtones of haggling.  [Just checked: I believe the standard translation is "exploratory talks."]

Some somber words came down from the President – Germany’s equivalent of the monarchs in Europe’s constitutional monarchies – the guy whose job it is to remain above and untainted by the sausage-making mess that is politics. “Time to forget party loyalty and work for the good of the nation” says President Frank-Walter Steinmeier.

Apparently right up to the other night, it looked like they were going to make it. There would be an agreement among the three parties, known as the Jamaika Coalition (parties are often referred to by their color designations:  the union is black, the FDP is yellow and the Greens are green – and since the colors of the Jamaican flag happen to be...).

But then suddenly all eyes are on Christian Lındner, the head of the FDP. “No,” he says. “No coalition.”  Lindner’s quotation is one for the history books: “Es ist besser, nicht zu regieren, als falsch zu regieren – It’s better not to govern at all than to govern badly.” And “falsch” hits you in the face, since in German it means not only “badly” but “false” as well.

So unless Schulz changes his mind and agrees to join a coalition once more (highly unlikely) or Merkel agrees to govern with a weak minority body of supporters behind her (also unlikely), there will have to be another election. And that’s bad news all around. People are afraid the nationalist (think “Make Germany Great Again”) xenophobic AfD will only gain more votes and have an even louder voice in the Bundestag. And what happens if everything just stays the same, and the votes come in showing the problem in Germany is the problem in America – that people are seriously divided and not in any mood to compromise?

So much for the naive hope that a Merkel/Macron partnership can lead the EU to present a model for Americans to follow as they seek to rid themselves of the albatross that is Shitforbrains, whose name it hurts me even to pronounce. Who’s left? Putin? The Chinese?

It’s tempting to see Lindner as a bad guy, a “divider,” the politician who shows up at a party only to piss in the punchbowl. Saboteur. But listen to him. He sounds earnest when he says, “We’ve worked too hard all these years to build up liberal principles to govern by. We can’t throw out all we’ve worked for!” The Socialists lost favor for doing just that and saw their popularity drop dramatically in recent years. Lindner is trying not to make the same mistake.

Politics, they say, is the art of the possible, and democracy works only when its participants avoid becoming hard-liners. Without compromise, nothing gets done. We simply sit on two different sides of the room and glare at each other.

But this would appear to be a time for questioning the assumption that compromise is the only solution. In America, folks on the left are faced with compromising with a party unabashedly taking from the poor to give to the rich, dismantling rather than improving a shakey health care plan, removing safety protections in the workplace, insistence that global warming is a Chinese hoax, and sending signals that invite white supremacists, homophobes and other bigots to come out of the woodwork. Nay, I say. Better the Resistance.

I don’t know enough about what Lindner is holding out for and what Americans are resisting is not what Germans need to resist, in my view.  If I were a German, I expect I would probably vote Socialist or Green. Possibly even left. Not FDP, in any case. But then again, who knows how I’d vote if faced with the realities of life in Germany on a daily basis.

Once again, all I can really conclude from a rather dilettantish following of the German news is that I know it’s not enough just to read just the headlines and watch a talkshow now and again. You’ve got to dig down into the complexities. Is Lindner what his political enemies say he is - a smug know-it-all? Or do we use the word his followers use - a hero?

I really haven't the slightest idea.

Interesting times we live in.