There but for the grace of…are you kidding me? 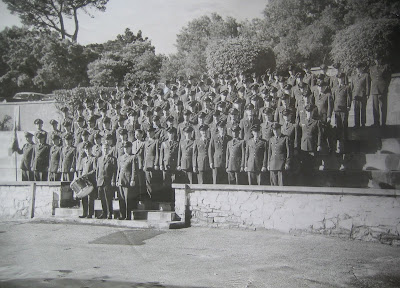 I’ve got Dmitri on singing Russian Songs from the War Years, and rubber gloves on my hands. I’ve torn open the windows, and faced the fact that while an occasional swirl of the toilet brush and a dash of Comet on the sink may work for a while, there are times when you’ve got to wipe down the walls and get at the underside of life.

If I were more regular with my housekeeping, I might get by with Mercedes Sosa or Renée Fleming. But I’ve been slacking off, and this job calls for a pipe organ or a full symphony. Or, of course, the mac truck masculinity of a voice like Dmitri Hvorostovsky’s.

When Dmitri sings he almost always gets my full rapt attention. I would never reduce him under normal circumstances to background music. But you haven’t seen my bathroom lately.

The soldiers march across the parched steppes, bullets whistle, the white cranes are the souls of fallen comrades, my sorrows, my sorrows, the memory of my mother’s tearful eyes. Sing, Dmitri. I hear you. I really hear you.

For some reason my mind wanders to the Bitburg Cemetery and the time I went off the tracks with my friend Achim. He was in the German Navy in the Second World War and committed to caring for the graves of the German war dead. I insisted at the time that Reagan should not visit the Cemetery because members of the SS were buried there. Achim said most of the graves were occupied by hapless young men unable to resist their country’s madness and they should not be forgotten either. I’ve written about this elsewhere, and mention it only to make the point one more time that we’re all blind men describing the elephant part put in front of us by fate, or a sometimes merciful sometimes nasty divine force acting quite arbitrarily.

I have been exchanging ruminations with a friend in Japan over whether Tepco should be held criminally responsible and whether government can be incompetent and irrelevant simultaneously. Discussions zoom in and out and opinions flow freely and how are we to judge whether where we sit gives us a more authoritative perspective?

Some years ago I came to understand how arbitrary and how illogical were our chance connections to world events, when I was studying Russian at the Army Language School (now the Defense Language Institute), in Monterey, at the height of the Cold War.

I never gave the army sufficient credit for this, and for all I know this happened not because of them but in spite of them. But even though the Russians were clearly bad guys, and even though we were strictly forbidden to “fraternize” with the Russian faculty and community, somebody at the top knew enough to allow the school to form a Russian choir. It helped keep us human, and made the point none too subtly that, while opposed to Soviet policy and to communism, we were not anti-Russian, and were certainly capable of admiring Russian culture.

The military was soul-killing, the mindlessness staggering. They had stamped all our bilingual dictionaries “confidential” because there were Russian words in it. And if it had not been for the Russian culture that seeped through, we would have been goners. The music was uplifting, the poetry magical, the language grabbed me like no other language study ever did, and I even started attending Russian Orthodox church services. Not for the religion. For the beauty. And yes, the spirituality.

Fast forward a year to Berlin and I’m listening to Russian soldiers in the East Zone keeping the lines of communications open by counting to ten and back down, and mostly I’m going out of my mind.

When we get into discussions about the political situation five feet from the door of the windowless quonset hut we’re in, somebody always comes up with the bravado line, “You know if they ever march into West Berlin, we’re dead meat.”

We’re not at war, so mercifully there is no need to demonize the Russians and remove their humanity and find a white-boy analogue for jap or chink or gook. We read copies of Pravda and Izvestia openly, not because we understand or care what’s written there, but to piss off the sergeants in charge of us who know in their hearts we’re the weak link in the anti-Communist chain. And we listen to Russian music in our spare time, and keep the love alive that came from that year we gave eight hours a day in class and more in the evening, learning how to interrogate Russian prisoners of war – should the need arise. Kak vashe imya, familia i otchestvo? What’s your first name, last name, patronymic?

It was one of the earliest examples I had first hand of how hatred requires distancing. It’s the other side of the coin of “familiarity breeds contempt.” Sometimes it does, of course, but it’s also essential to sincere compassion. And then you have to consider what life would be like without familiarity. It’s a risk we take. Get to know someone intimately and you know sweat and bad breath and all manner of unworthiness. And you also take on reasons for living.

Russian folk music still lifts me out of a funk like little else. If I were to do life over again, I’d probably spend a whole lot more time immersed in things Russian.

Dmitri is singing about a boy longing for his home. The night is dark and he’s alone. I’m going at the glass door tracks in the shower now with a toothbrush and reliving the time I wore a uniform that obligated me to carry a gun. That boy that Dmitri’s singing about? I might have shot that boy if the order came. But it didn’t, and years have passed and now I ache as readily over the loss of life of those Russian boys in Afghanistan as I do over the loss of American lives today.

I had a sad exchange a couple weeks ago with a friend who tried to persuade me that America has no choice but to support petty dictators. That what looks like an Arab awakening does not mean we were wrong to keep thugs in power all these years for the sake of stability in the region. I hate it when those discussions fall into that trap, when somebody justifies supporting Noriega and Marcos and Mubarak because the alternatives are worse. When young people are dropped from helicopters into La Plata River so there is order and stability in Latin America. When Jeanne Kirkpatrick describes Pinochet as “muy amable” and it’s not fascism, it’s just anti-communism. Talk to the mothers in the plaza before you tell me Kissinger was right to support the junta.

The School of the Americas can be defended if you never go into the street in Buenos Aires or Santiago or dozens of other places in Latin America and talk to real people. Maggie Sullivan can defend the family against gay marriage if she never sits on the living room floor in a gay household and plays with the kids. It’s all a question of whether you can get yourself into a position where the elephant really looks like it does to the man or woman to your right or your left. Where your reasoning means your big picture overshadows my little picture.

I had an uncle I used to love to infuriate. Like the time I sent him a postcard from East Berlin with a picture of Yuri Gagarin on it. Gagarin had just gone up in space and the postcards were being distributed for free. My waspy uncle, never happy that I had taken to my mother’s German side of the family more than to his, went apoplectic when years on I made Japan my home. I was shaming the family and thumbing my nose at all the tribal loyalties. Getting into bed with the commies. And actually sleeping with the Japanese, come to think of it.

I tried once talking with him about separating out the Germans from the Nazis and the Russians from the Commies, but he saw no reason to waste time on something so wrongheaded from the start. He’s long gone now, so I no longer have any sense of obligation to explain why I can resonate with a Moscow audience in tears listening to Dmitri sing of soldiers dying on a hill in Manchuria in the Russo-Japanese War in 1905.

I’ll bet he never cleaned a toilet. At least the way I can.

My family, if they ever thought of it, would have urged me to thank God for sparing me from having to actually shoot a Russian. Or a German. Or a Korean or a Vietnamese. I lucked out, they would tell me. Isn’t it curious how the English language forces you to call it fate.

It’s all in the part of the elephant you get to look at. They say God spared me. I wonder why God didn’t spare all those other people. They fought and died in wars all around the planet. I put on a uniform, joined the Russian choir and sang Gospodi Pomilui and Katyusha (the young girl, not the rocket) and Stenka Razin and Kalinka and Moscow Nights.

Now I wonder if it wasn’t God faced with a Sophie’s choice of who would kill the Russians and who would swoon over their music, who was it? And if it was him, did he have a nervous breakdown too after making the decision? Who would go to Buenos Aires to talk to mothers of the disappeared and who would, like Kissinger, congratulate themselves on keeping America strong? Who would stare at a picture of a cousin in a German uniform and wish I could have known him, and who would argue not giving an inch on the Bitburg Cemetery policy. Oh, right. That last one was me in both cases.

How curious that if it were not for the Cold War, I would never have carried a rifle. Never have, when asked what the spirit of the bayonet was, shouted at the top of my lungs, “Kill! Kill! Kill!” Never have sung Lord Have Mercy in Old Church Slavonic with other American soldiers.

I’m thinking now that if it were not for the Cold War, my bathroom would never sparkle like this, and I suspect that means I’ve done enough for one day.

Have you ever heard Katyusha sung in Chinese?

How about in German with animated girls doing pilates, or something, in their underwear?

So much more to see and do.

The picture at the top is of the Russian Choir of the Army Language School/Defense Language Institute, Monterey, California, taken in late 1962 or early 1963. Mine is the seventh head in from the right in the very back row. Smiling at the camera and facing a bit more to the left than the others around me.

Amen - well said. I graduated in Sept '63 and spent my time listening to Moscow taxi traffic near the E. German border, but do have very fond memories of my time in the Choir and the concerts we performed in SF for White Russian expats - always touching. I, too, am nostalgic for many of the songs we sang - would there was a CD available. Remember (no cyrillic available, so bear with me): Nasha Schkola Mnogaya Leta???? from R/9/30