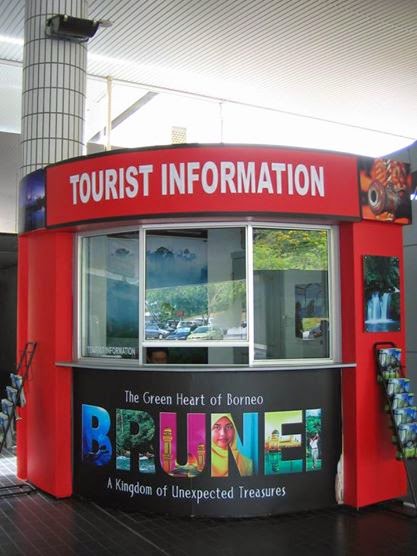 Brunei, if their Tourist Office Facebook page is to be believed, is a “Kingdom of Unexpected Treasures.”

You can leave San Francisco any morning at about 1 a.m. for Hong Kong, and be in Brunei the next day.  It’s a long haul, nearly 26 hours en route, but when you arrive, you will find yourself in a thoroughly modern country with many amenities.

Citizens of Brunei have practically free medical and health care, (there is a charge of one Brunei dollar per consultation) including skilled attendance during childbirth, prenatal care, and essential obstetric and postpartum care. For medical assistance not available in the country, citizens are sent overseas at the government's expense.  In the period of 2011–12, 327 patients were treated in Malaysia and Singapore at the cost to the government of $12 million.    Life expectancy in Brunei is 77 years.  Education in Brunei is completely free.

Brunei is a member of the British Commonwealth and was one of the founding members of the World Trade Organization in 1995.  Although the population is small – less than half a million people – the country has a university, an international airport, and well developed roads.  There is one car for every 2.09 persons.

Brunei has a constitution which grants executive power to His Majesty Paduka Seri Baginda Sultan Haji Hassanal Bolkiah Mu’izzaddin Waddaulah – Hassanal  Bolkiah, for short.  He also serves as Prime Minister, Defense Minister and Foreign Minister.   Here he is seated in his polka-dot PJs at the left, next to the ex-Mrs. Paduka, etc. etc., his former air hostess wife (i.e., former air hostess and former wife).

It is not clear whether Mr. Paduka etc. etc.  is the one who will throw the first stone to kill you if you are found having homosexual relations, however, as the new law, set to go into effect on April 22, stipulates.    Or whether he will fling it from the window of one of his 5000 automobiles, like maybe the gold one here on the right. 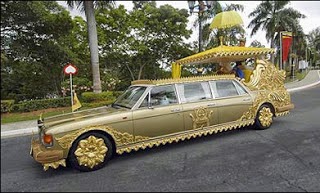 Not unreasonable, I suppose, when you can also have your brains smashed out for declaring yourself a prophet.

P.S.  It's not just golden cars that Mr. P etc. etc.  is interested in.  There's also this golden throne. 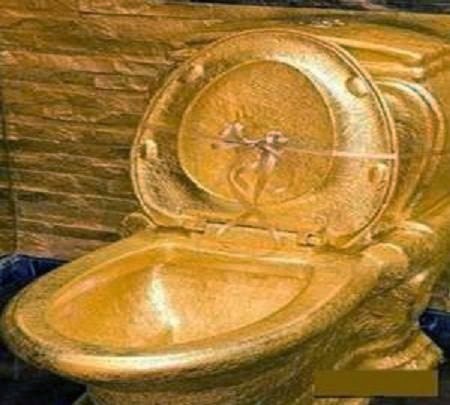