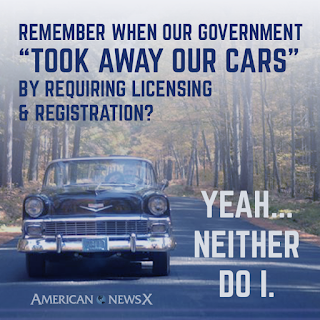 Things are looking up for Hillary’s campaign.  Not because she’s turning people around who are less than enamored of her – although I think that’s happening too – but because Trump continues to shoot himself in the foot so reliably.  It’s still about negative numbers.  People are far far less put off by her than by him not because she’s so good but because he’s so bad.

This would be the place to argue that she’s had a bad rap, that she is not as bad as so many people think she is, that she’s been smeared by the Republicans' very well-oiled machine.  It would be an argument to get into if arguments were what is called for.

But it’s clear by now that arguments are not what Americans are interested in.  No presidential candidate has ever been this willing to stand before massive crowds and tell bare-faced lies.  It might have worked before, but so far nobody else has tried.  Trump's trying it and it’s working.  I just heard a Spiegel journalist express his incredulity that Trump claimed Obama is opening the floodgates and letting in all those Syrian refugees.  This scares the uninformed, who make up a critical mass of the American public, because it’s hard to persuade people that countless numbers of terrorists are not smuggling themselves in in their number.  That’s what has threatened Angela Merkel’s position.  People are furious, convinced her open door policy has increased the risk of terrorism to an even more alarming level.  But scarcely more than two thousand Syrian refugees have been taken in here in the U.S., a fact that we ought to hang our heads in shame over.  Huddled masses yearning to breathe free, my ass.  And people still line up behind Donald Trump.

The point is that Americans are not being reasonable.  They are letting themselves be jerked around by their fears. Trump is playing on their suspicions as he would on a Mighty Wurlitzer.  There is no way to explain why suggestions like a wall the length of the Mexican border or a ban on all Muslims entering the country were not shot down instantly as immoral and illegal, never mind undoable.  But they weren’t.  The crowds cheered, and Trump kept it up until he found the next fear he could massage.

The presidential election was sidetracked for a few days by the massacre in Orlando, even though Trump managed to get the last of the jaws that had not already dropped to drop. His first response to the news coming out of Orlando was not “how horrible” but “see, I was right, and they’re thanking me for being right.”  They love me.  The usual refrain.  I’m the greatest.

What’s worrying me at the moment is what might happen next, now that we appear to have reached at long last a sufficient level of outrage over the insane number of deaths by guns in this country.  If the filibuster in Congress by those two senators from Connecticut is any indication, and the fact that it appears to have worn down some Republican intransigence, we might be at the point of actually doing something about it.  Hurray for that.  Proud of my home state.  Have always squirmed at the “thoughts and prayers” proclamations and the moments of silence. 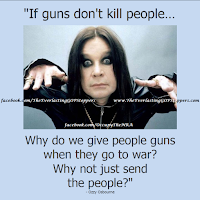 I’m concerned that this nod to rational thought could mean we win a battle but lose the war.  What if we get enough support to actually impose some restrictions?  At least maybe we could make it possible to prevent people we don’t allow on airplanes because they’re suspected terrorists not to buy guns, either.  Assault weapons, at least.  Maybe we could still allow them to shoot an individual here or there.  But not an entire class of children or a bar full of revelers.

Whatever changes get made will be small.  There is no way to change this many hearts and minds overnight.  Almost half of all Americans are convinced of what the big money gun lobby is putting out there, the thought that the government wants to take our guns away so they can then come in and have their way with us.

All common sense has been flushed down the toilet on this issue.  More Americans have died from being shot since 1968 than have died in wartime – in all the wars in American history.  Way more, since those figures only go up to 2011.  We spend trillions of dollars to fight terrorism, and next to nothing to fight death by guns in America.  Number of deaths by terrorism in the last decade: 24. Number of deaths by guns: 280,024.

Those numbers are discussed along with a fact check performed by Politifact, an independent nonprofit project.  According to something called the Gun Violence Archive, there were 12,562 gun deaths in 2014 and 9,959 in 2015 up until October 8, when Politifact put out the numbers.   That’s a grand total of 301,797 firearm-related deaths in the past decade, compared to 71 deaths from domestic acts of terrorism.  Note that the numbers differ significantly, because different sources and different years are being used.  But the proportions are accurate.

Americans are violent.  Seven times more likely to die a violent death than the rest of the modern world.  Six times more likely to be killed with a gun.  The total firearm death rate per 100,000 population in Holland is .5.  In Germany, the Scandinavian countries, Ireland, the UK and Spain it’s around 1.  In Japan and Korea it’s less than 0.  Only in France, Austria and Finland does it creep up a bit – to 2.8 in France and 3.6 in Finland, the highest in Europe.  In the United States of America, it’s 10.2.

No sense banging on with these statistics.  Or with facts like when Australia eliminated semiautomatic and automatic rifles and shotguns their homicide rate went down by 59%.  They’re everywhere available and everywhere deemed irrelevant.  Because arguments are irrelevant.  People are going to believe what they want to believe.

And that’s why I’m concerned that when we do finally take actual steps to cut down on the amount of gun violence, we might be winning a battle only to lose the war.  If laws get passed between now and November, Trump and Company might well turn this into a scare.  “See, I’m right.  I told you they were coming for our guns!”

I worked on the campaign against Prop. 8 in California in 2008.  Went in to headquarters in San Francisco and made dozens of phone calls urging people to vote against it, because it would remove the rights of LGBT people to marry, a right which had recently been granted by the California Supreme Court.  After all those efforts, we went down to defeat.  Prop. 8 passed by 52%.  A majority of Californians who voted on that issue believed the lies put out by the Mormon and Catholic Churches (others too, obviously, but they were the biggies) that taking away this right would somehow make stronger families.  It was a painful defeat.

What came out of this crushing disappointment was the recognition of how money talks in this country, but is under no obligation to tell the truth.  People had skipped right over well reasoned arguments and tons of evidence that gay marriage would only strengthen the institution of marriage, and certainly do it no harm.  What they responded to instead was the old line that gays were a danger to children and God would be mad at them if they chose to "spit in His face." They voted their fears.

Following the defeat, gay rights advocates began a campaign of getting out less heady reasoning and more "plain folk" information about gays and lesbians as ordinary people, people who simply wanted to form families and be recognized by their neighbors and their government.  In time we began telling each other that reason, at long last, had prevailed.  Only I don't think it was reason that prevailed.  It was that people who had previously claimed not to know any gay people got up close and personal with gay people and came to understand what was pouring out of the churches was a lie based on a prejudice.

Somebody has to figure a way to address the emotional side of this anti-gun campaign out there.  A message or series of messages that would make it clear that nobody’s coming for your guns.  Only for the guns that kill children.  Assault weapons.  Guns in the hands of people known to be a threat.  Insane people.  Irresponsible people.

Less careful reasoning.  More instant messaging, maybe.  More images like the ones on this page, maybe.

Something to counter the scare tactics that work so well in this country.