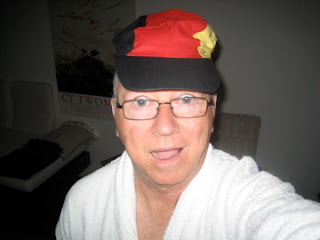 Let me tell you a little bit about Joachim Gauck, the man of the hour in Germany, although if you read only American newspapers you probably have no idea who he is.   [New York Times: “Your search - Gauck - did not match any documents under Past 30 Days.”]
He and I are just about the same age.  He’s four months older than me, give or take a week or ten days.  He was born in Germany, though, the land of my mother’s side of the family, and the place I thought I would leave the United States for once upon a time.

I grew up in rural New England, and early on found myself yearning to break free.  The town was full of immigrants and the places they came from – Germany most of all – held a whole lot of attraction for me.  When I finally did break out, I went to Munich and when the shock of change wore off it was as if I had left Kansas for Oz and the world was suddenly sparkling all around me in glowing technicolor.  I lived across the street from the Alte Pinakothek and got my first introduction to art and ballet and opera and all kinds of things the big city had to offer.  I fell in love with the Bach Choir, spent most Saturday nights at the Hofbräuhaus and when the time came to go back to college in Vermont, I thought about dropping out and not going back to the States, maybe ever.

Then, a few years later I ended up in Berlin and discovered I liked Berlin even better than Munich and how could I pass up a second chance to drop out and start life over in a far more interesting and exciting place than where I came from.

Well, life is what happens, they say, when you’re waiting for things to happen, and I made my life in Japan and California instead.  But the sense of connection with Germany first instilled in me by a proud German grandmother and then nurtured by the excitement of living at the geographical center of the Cold War remained strong.  And to this day, each time I go back I have to fight off waves of “what if” and sometimes “if only.”

I usually talk myself down from these fantasies of a history of things that never happened by reminding myself of Berlin’s long winter nights and the snow and the ice and the cold.

But once in a while, something happens like what happened today.  Something that brings the “if only”s back again.  Oh, and also restores your faith in politics.

In England, as everybody knows, the Queen represents the nation and the prime minister runs the state.  Germany has something similar.  Its President represents the Nation while the chancellor runs the state.  They don’t make the mistake of giving these two roles to the same person, as we do in the United States, and then expecting this double duty performer to be a saint.  In fact, in Germany, like in Britain, when a government official turns out to be involved in some kind of shenanigans, or has a non-standard sex life, people take it in stride.  He or she is, after all, “just a politician.”

Christian Wulff was elected President of Germany in June of 2010.  I followed the election closely and was bitterly disappointed.  He struck me as just a tad too slick.  Had a beautiful wife, wore handsome man glasses, was a popular governor (premier) in Lower Saxony – he had everything going for him, but I wanted the other guy.

The other guy was Joachim Gauck.  Much older.  Not a glamorous fellow at all.  A Lutheran minister, not a politician at heart.

But that’s the attraction.  He got involved in politics after his father was arrested by the Soviets and sent off to a Gulag.  Gauck became a lifelong foe of the communists as a result and that meant when he applied to study journalism he was turned down by the communist state.  Things didn’t get better when he joined the church.  He was under constant surveillance by the Stasi, the Secret Police, and remained a thorn in their side.  Three of his four children left the GDR for the West, but he stayed, to work against the system from within, till the wall came down and the GDR was incorporated into the Bundesrepublik.   Since then he has devoted himself to bringing to light the crimes of the Stasi.  He won’t join a political party and remains independent, working against extremes on both the right and the left.

Gauck, despite his anti-communism, didn’t have the connections to the conservative ruling coalition run by Angela Merkel that Christian Wulff, did and, as I noted with disappointment in a blog entry on July 2, 2010, it was Wulff, not Gauck, who moved into Bellevue, the Presidential Palace in 2010.  I thought the Germans had made a terrible mistake.  They have a job where being a saint is kind of a requirement, and they have one in Gauck, kind of, and they give it to a politician friend of the chancellor’s instead.    On top of that, they have a chance to have both a chancellor and a president from the former GDR in power at the same time.  Think of the symbolic effect of that for the former East Germans, who much of the time feel like they have little say in the new Germany.

Now it turns out that Christian Wulff took a financial favor while he was governor of Lower Saxony. Nothing illegal, mind you.  It just didn’t fit the job description of saint. From an American perspective, where congress people do insider trading routinely, everybody is owned by a lobbyist, and the richest political candidate controls the airwaves, Wulff’s little peccadillo couldn’t seem more trivial.  I’m not even sure it was illegal.  But the Germans went bananas, and they just bounced him out.

I didn’t think they’d actually kick the guy out of office.  But they did.

But that’s not the good news.  The good news is they are unafraid to put right what I think they put wrong before.  Joachim Gauck has just been announced as Wulff’s successor!  How ‘bout them apples.  Germany is going to have this heroic figure as head of nation after all.

The Germans, for some reason, are not concerned with all that.  To them, he’s still Mr. Clean.

Meanwhile here in the US of A, virtually the entire bevy of presidential candidates for president of one of our two political parties is currently fighting to take away the right of American women to get birth control information, because everybody knows when women and God get into a tug of war you’ve got to take God’s side.

You see why I still wonder from time to time why I don’t apply for German citizenship?

Wonderful sentence, Alan: "Meanwhile here in the US of A, virtually the entire bevy of presidential candidates for president of one of our two political parties is currently fighting to take away the right of American women to get birth control information, because everybody knows when women and God get into a tug of war you’ve got to take God’s side."

And I had never noticed your bitchin' and testifyin' label--also wonderful.