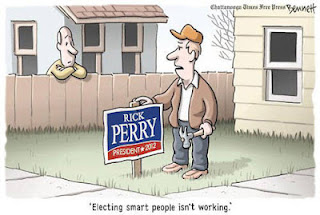 I grew up among working class people and have come in my later years to see that as a blessing.  I didn’t always think so.   Much of my young life I spent running as fast as my (then) skinny little legs would carry me, trying to get the hell away from my working class parents.  That’s a metaphor.  I didn’t actually need to run.  My working class father did what most parents do for their kids.  He and my mother sacrificed to pay for a good education, the necessary step up to a place where I could step across – no need to run – into a life in which I could work for the pleasure of work, and not just for the money.

My background gave me a perspective from which to see two distinct groups of people as wrong-headed.  One is the subgroup of the privileged who have no understanding of or sympathy for people who scrabble for a living.  The other is the subgroup of the non-privileged too dense to realize that what most working class people really want is to get the hell out of the working class.  And the whole point of working is not merely to provide food, clothing and shelter for a day, but to make that escape possible – if not for yourself, for your children and their children.

Anybody familiar with how social mobility works is familiar with the crab-pot phenomenon.  When a crab tries to get out, the other crabs, instead of giving the ambitious crab a boost, pull it back down.  I remember vividly watching Vietnamese families in San Jose, California, beaming with pride at the fact that their children could speak English better than they could and were doing well in school and would ultimately lift the whole family out of immigrant poverty.  And the contrast with inner city single black mothers who were keeping their kids home from school allegedly because the schools were making them “too white,” and alienating them from their cultures.

Because this is America, where we really botch things up by framing things in race terms even when we’d do better to see them in class and culture terms,  we often got sidetracked from the goal of getting these kids the best education possible.

The problem is that the obnoxious people among the privileged give the fearful people among the non-privileged cause to hold themselves back.  Why would you want your kid to develop an attachment to a pretty white lady who was going to teach him his black mother was ugly?  Whether she would actually do that is irrelevant.  The fear she might is the thing.

From this it’s easy to see how a defensiveness of who and what you are can turn into a defense of backwardness and ignorance, a definition of progress as destructive, change as the enemy, and an evolution of loyalties from the tribe to the nation to universal brotherhood as something to bring to a halt – and possibly reverse.

Rick Santorum, addressing the Values Voter Summit in Washington yesterday, received loud applause from his audience when he told them the smart people in the colleges and universities of America would never be on their side, but they should not worry about that, because religion was.  No kidding.  He said that.  Actually said the elite of the country should be dismissed, along with the media, because…well, you know… God, etc.

When I said earlier that I wasn’t always proud to be a member of the working class, what I had in mind was the times I would argue with people trying to persuade me that too much book-learning could be bad for my moral health.   As I went back and forth from my working class home town where these people were everywhere, to the dorm room in the upper-middle-class college I had managed to get into where most of my friends had never even encountered the proud-to-be-dumb set, I reeled with culture shock each time.

That’s all coming back to me now, like hot flashes, at hearing this Santorum speech.  Only this time, it’s as if I’ve fallen asleep and the contrast between the limited-education circles I encountered in my home town and the more sophisticated world-beyond has come back to me in a nightmare.  Except that I’m awake, and this is the way we elect a president now in the United States.

When I found inconsistencies in the Bible and used to suggest that maybe a too literal reading might not be warranted, I often got a smug smile and the assurance that “Even Satan quotes Scripture.”

This kind of religious ideology and proto-fascist authoritarianism once limited to off the beaten track small town America now characterizes American political and social discourse on a national level.  It’s everywhere.  And it’s hard to beat.

In the international news, we’re watching Muslims in more than a dozen countries burn the Stars and Stripes because America didn’t find the maker of that anti-Muslim film and hang him publicly within twenty-four hours.  No amount of protest by the likes of Obama and Hillary Clinton seem to convince them the official American position is not anti-Muslim.  They don’t remember – or maybe never knew - that the slain ambassador helped free the Libyans from Qaddafi, that they’re working on all the wrong information.

And as this is going on we get to watch a would-be candidate for president of the United States represent the same kind of know-nothingism here at home.

Information is good.  Accuracy is good.  Responsibility.  The ability to distinguish between truth and ideology is good.  Knock, knock.  Anything going on in that head of yours, Mr. Santorum?

When I first heard that Rick Santorum speech I found myself thinking, “Oh, he meant to say, “the so-called smart people,” not “the smart people.”  He was referring to people who think they are smart but really aren’t.   But then I realized he had illustrated what he meant by the smart people.  The people in our colleges and universities.  And the people who are our journalists.  He really did mean the smart people among us are the enemy.

Just in case you had any doubt about the dumbing-down of America.

Mr. Santorum doesn’t represent all of America, thank God.  But he and his followers do illustrate to a T that dumbing-down is not just an idle claim.  You can give a speech at the nation’s capital, sneer at smart people, and be applauded for it.