Knowing when to bail 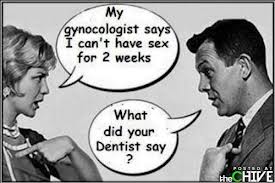 That's right.  Any two consenting adults.  In 2009 when legislators were thinking of making that law apply only to minors and rapists, Cuccinelli explicitly argued that the law should apply to everybody.  Gays, straights, – and by this he means even gun-carrying Republican married couples at home in their own beds behind locked doors.  A felony is a felony.  If we can catch you, we’ll throw your abused ass in jail.  For a year.

As the church lady used to say, “Well, isn’t that special!”  Another Roman Catholic (you remember Santorum) rightwinger pushing vanilla sex as a law to be imposed, not only on their own folk, but on the rest of us, as well.  Another Republican.   You know, those guys who want government off our backs?  Want to drown government in the bathtub?   Who want to punish us for having sex “the wrong way?”    Yes, those guys.

I’d like a word with you, Cooch.  I understand that’s what your friends call you.  Did I get that right?  Did you just say that when the daddy puts his cylinder in the mommy’s gasket, he has to be sure he uses only her front gasket, never her back one?   And he must never never never use his lips or his tongue in proximity with either one?   And that you guys working with the government want to use the government to make sure that’s illegal?

I mean really, Cooch.   How can you look at yourself in the mirror without turning red as a lobster?   Especially, how can you do this to your wife – advertise to all the world that you have never made love to her in a way women like.  Never really visited all the rooms in her house.

Step aside.  I’d like to talk directly to your wife for a minute.

Alice, honey.  I mean really!!!  Don’t you think it’s time to sink this white bread walking missionary position you’re married to?  What you need, love, is a man who knows how to make the angels sing.

You stayed silent when he lowered the standard for automobile pollution.  When he wanted to cover up the wardrobe malfunction on the Virginia state seal.  When he argued allowing same-sex marriage was tantamount to supporting polygamy.  I can understand you might not want to get mixed up in your husband’s politics.  But telling the world his tongue has no purpose other than saying grace, campaigning for office, and maybe licking a stamp or two… ?   Don’t you just want to die of humiliation?

Normally I would say we should all mind our own business when it comes to other people’s sex lives.  Whether you do it with plastic gloves on, or whether you use canned peaches and whipped cream is absolutely none of my business.  But your husband has gone and climbed up on a high horse and used Virginia taxpayers' money to remove from them the right to let the lovemaking go where the libido and the imagination take them.  Married couples, even.  In their own beds.  Behind closed doors.  Wants to put them in jail for it.

Do yourself a favor, girl.

You can do better than this guy.