In from the Cold 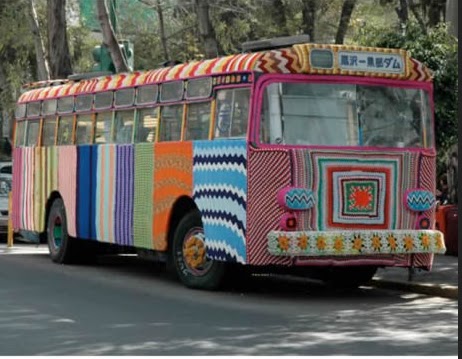 I love my retirement.  I’m a happy sojourner of the cyberworld, free to roam, and free to waste time.   That’s the old concept – the new concept is “live in the present.”

I love those viral things that go around on the internet, the Chinese acrobats, the schmalzy babies sleeping with puppies, the images of actual lions lying down with actual lambs, the electron microscope shots inside your gut.  All very entertaining, all very informative for the most part.  Maybe it's just a higher level of spam, but I figure since my touch-typing skills include being able to hit the delete key without looking, I don’t mind if an occasional piece of dreck works its way into the treasures.  Before this wonderful gift that is retirement became my reality, I would not have allowed myself the time.

When I got up this morning, I went straight to the computer, as I always do, this time to see if there was any news about Hamed Abdel-Samad about whom I blogged yesterday.  There isn’t.  He is still missing.  There’s nothing to do but wait, apparently.

So I opened a link to a bunch of “amazing photos” my friend Ed sent (Arizona Ed, not Missouri Ed), and proceeded to be amazed.  Have a look.  I think you’ll agree “amazing” is the right adjective.

Oo-ing and ah-ing my way through them all, one in particular caught my eye.  It was a picture of a Mexican bus that had been yarn-bombed.  I got fixated on the fact they had left the Japanese destination marker showing, and that it looked to me like the first two characters were Fujisawa, where I used to live.  When I zoomed in, I saw that it wasn’t Fujisawa but some other sawa/zawa.  I couldn’t tell.  The picture was too blurry.

I became fixated.  What was this obviously Japanese bus doing in Mexico, and how did it get there?  And why did they not bother to get rid of the destination sign which, one assumes, would not mean a whole lot to people in Mexico? 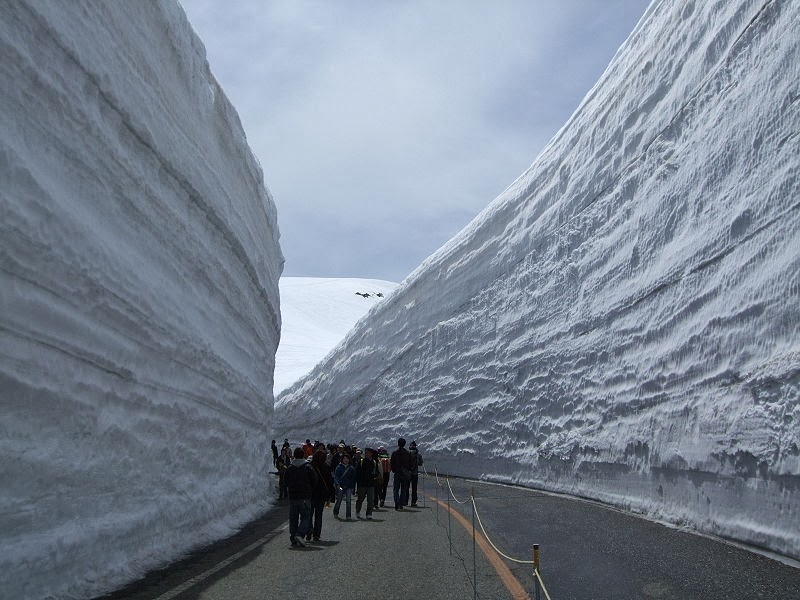 Because the picture wasn't clear, I "grabbed" it and made a separate photo.  I then put that photo into Google images and lucked out.  I got a better picture of it, as well as a great site with other yarn bombings.  Once I got a closer look at the characters I eventually figured out what it said.  It indicates that the bus runs between Ogizawa (Point B in the map to the right) and a place called the Kurobe Dam. (Point A - the purple line indicates a tunnel.)

I was then able to locate the place, and even find an amateur YouTube video taken at Kurobe Dam.  It's high in the Japan Alps, a tourist destination, in Nagano Prefecture, familiar to many around the world because of the Winter Olympics in 1998.  Gorgeous place.  Two minutes of the video will be more than enough, but have a look at what the place looks like, covered in snow (the pictures were taken at the end of April, by the way.)  And, to give some context to the place, note the photo here on the left of Yuki no Ootani, in neighboring Toyama Prefecture.  (For more on Yuki no Ootani, click here; for a video on how these walls are created, click here.)

I had trouble locating the bus route because all I could find between these two places was the trolley bus line that runs underground.  I kept looking for the mountain road I imagined this old bus once ran on.  But that's it, obviously.  This bus must have been a trolley bus in its younger days, running not through the high mountain roads, but in a narrow underground passageway built in preparation for the dam construction.

That changes everything.  For a while there I was commiserating with that poor cast-off bus.  After all those years in the fresh air, high in the Japan Alps, with world-class scenery, I thought to myself, it now has to sit ignominiously on some pollution-filled street in far off Mexico, all tightly encased in a ridiculous suit of yarn.  What a bitter end.  What a way to spend your last few years on earth.

I say that changes everything because now I realized it had not spent its time out in the fresh air most of the time.  It was chugging back and forth in a tunnel in the dark, bringing gaggles of noisy tourists with their cameras hither and yon.  Noble labor, to be sure, but hardly a life in paradise.

Until retirement, when it found its way across the Pacific to a town in Mexico where somebody took the trouble to knit it a suit.  They also left the destination sign on, so the world would know where it came from.  They didn’t wipe out its identity.  They kept its proud history and its dignity.  They left it as it was, but wrapped it in such a way that thousands of people would come by and find pleasure in it.

One assumes (I hope I’m right about this – note that the headlights are knitted over) that with that warm suit on, it doesn’t have to lug people back and forth like it once did.  It can enjoy its new life in a warmer clime, making people laugh and marvel when they see it.