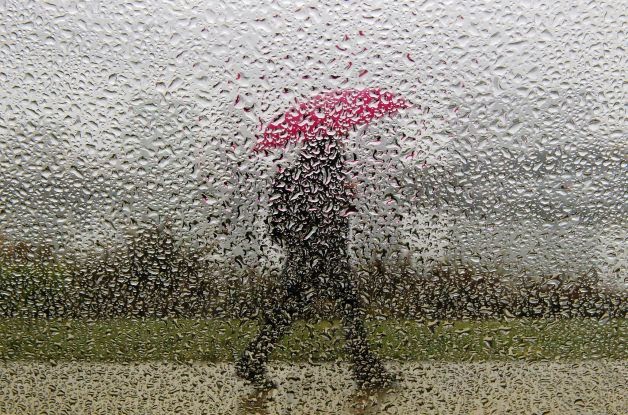 When I got back to California in 1977 it was if Mother Nature had decided I hadn’t learned some lesson I was supposed to learn and gave us a no doubt about it drought.  We had to wash dishes by hand out of a basin in the kitchen sink and carry the water to the bathroom to flush the toilet with. 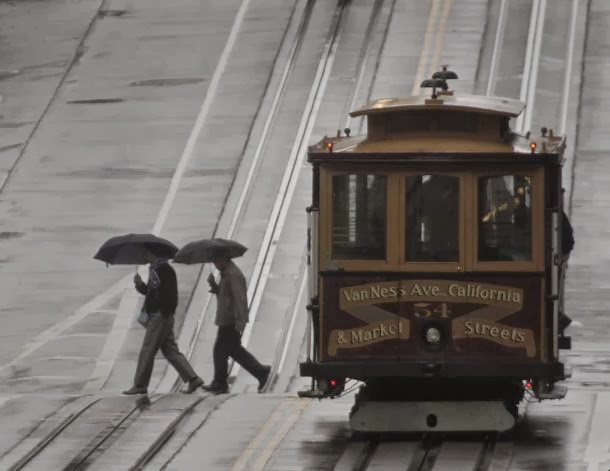 I thought of that the other day when the rain started.  For weeks now the dry spell we were in promised to bring back those days with a vengeance.  When the skies opened up at long last, there was a huge sigh of relief.  I had to deal with our dogs, who will go to any extent to keep their delicate paws off wet pavement, but I just harnessed them up and out we went into the elements for our usual walk.   Followed by a little lecture, of course, on how spoiled they were to be California dogs who didn’t have to do that all that often.  Think of all those poor doggies living in the Northwest.


And then the rain continued.  And continued.  And it’s still raining.  We walked up to the Congregational Church last night to a concert and found walking home a serious challenge because of the torrents of water in the streets.  From drought we went straight to flooding, and it still hasn’t stopped.


The rain has a name.  It’s called the Pineapple Express.  Cute.  Who comes up with these things?   Chinook.  El Niño.  Can’t say meteorologists don’t have a poetic nature.   Nine inches, they say, probably before it’s over.  Four feet of snow in the Sierras.  A dream come true.  13.5 billion gallons of water added to Lake Tahoe.   What’s wrong with that!  So we have a few mud and rock slides.   Cost of doing business. 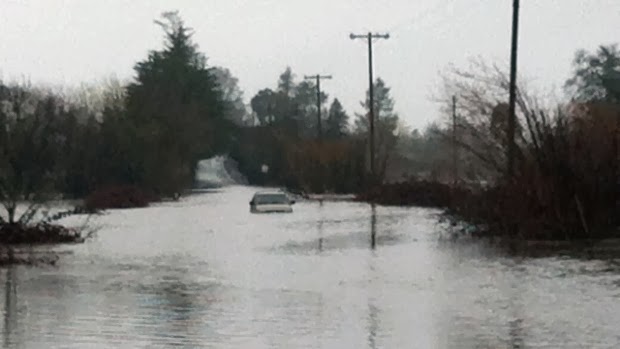 The problem is in the 1970s we had a population of 20 million.  Today our population is 38 million.  For every shower taken then we need water for two showers today.  Two toilet flushes.  Two restaurant customers wanting water with their meal.  The snowpack in Southern Oregon I just read somewhere is the lowest is has been since the 1940s.  Farther north, my friend Linda in Portland reports the rain has frozen, downed power lines and kept people imprisoned in their homes.  She’s dependent on a fire in the fireplace to keep warm.

Who says we’re all removed from nature?

There are a lot worse things than lying in bed listening to the raindrops falling on the roof over my head.  And knowing, in addition to the musical effect there is a practical effect as well.  As long as I keep them short, I can go on for another while taking showers without guilt.

At least until spring turns to summer, when we go dry all over again.