The Christians are coming...

“Best new thing in the world,” Rachel Maddow might call it.  Christians are getting together to counter the image of their churches as Homophobia Central.  They’ve got their work cut out for them.    Between the “intrinsically disordered” message from the top of the Roman Catholic hierarchy and the fondness some evangelical born-agains have for using the word abomination as a machete, there’s a lot to counter. 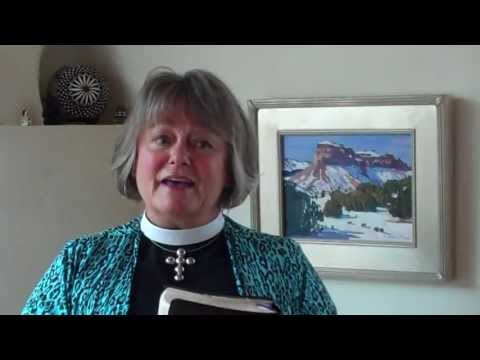 But I’ve gone and started out with the glass-half-empty view of things.  Let me give these good folks their due.

A group known as NALT is getting off the ground.   NALT stands for “Not All Like That.”  They want us to know they are thoughtful Christians and have no problem with same-sex attraction and behavior, all other things being equal.   No raping and pillaging, in other words.  But if it’s just a question of love and sex between two consenting adults, have at it, they say.  God made you that way.  Don’t let me stop you.

It will come as no surprise that Dan Savage had a hand in this.  To hear him tell it, he’s tired of having people come up to him after one of his talks and say, “I just want you to know we’re not all like that.”  “Don’t tell me,” he says.  “Tell your fellow Christians.”  He came up with the acronym NALT.

From there it went, apparently, to John Shore, who got together with his friends Evan Hurst and Wayne Besen to launch the website notalllikethat.org.  Click on it and you’ll see 21 Christian organizations listed as supporters, as well as some fifty-five, as of this writing, testimonies from Christians, including many born-agains.  John Shore, a blogger, and his wife Catherine are on the site as well, explaining their understanding of biblical references to homosexuality.

Efforts to call to the attention of evangelical Christians how misguided and ill-informed their cherry-picking of the Bible has been is not new.  An hour-long lecture by a 21-year-old college student named Matthew Vines comes to mind.  It has had over half a million hits so far – not bad for a talking head on a religious subject.  But this new launching of NALT is much more media savvy.

It’s hard for me not to scoff, so deep is my loathing for organized religion and the harm it has done. “Who cares?” I want to say.  I  like the line attributed to Thomas Jefferson: “It does me no injury for my neighbor to say there are 20 gods, or no god. It neither picks my pocket nor breaks my leg.”

But scoffing gets you nowhere and turns people away who might actually listen to reason.  Besides, if you listen to some of those videos, you’ll feel the sincerity.  These people really do want to use their Christian faith to do good.  They’ve just been steered wrong for so long it has taken some serious deep thinking to scrape the plaque off their moral teeth.  But they’re coming out as very decent people.  And what’s wrong with that?

I hope NALT has the kind of success the It Gets Better Campaign has had.

These are people making the world a whole lot better place.

The photo is a picture of Rev. Rhonda McIntire, rector of San Gabriel the Archangel Episcopal Church in Corrales, New Mexico, and one of the witnesses on the NALT webpage: http://notalllikethat.org/

Well, all right, some Christians are trying to do the right thing by the LGBT community. I certainly won't stand in their way.
BTW, Jefferson wasn't entirely right: the tax passes given to the church do tend to pick my pocket.

Alan, a great posting. My best answer to the "Who cares?" question is that, in a nation with the soul of a church, we all need to care what religionists think and do, since what they think and do determines the fate of all of us.

And when what they think and do is malicious and/or cray-cray (or, frequently, both at the same time), a lot of suffering for a lot of people can be spread around very easily.