The world lies in between 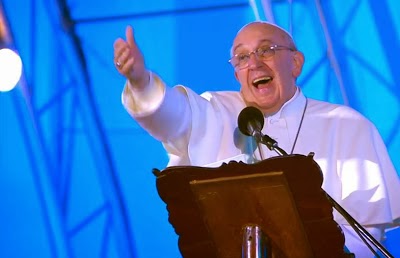 I’m slowly making my way through books by and about Hannah Arendt, since that fascinating biopic on her came out recently.   Possibly it’s because the film was focused on the Eichmann trial, but I am quite taken by her insight into the nature of good and evil.  She made a lot of enemies when people misunderstood her to say Eichmann wasn’t a monster, but just an ordinary Joe.  They were looking for a way to keep an awareness of the Holocaust alive and thought having a monster like Eichmann would do the job.  She didn’t really argue he wasn’t a monster; she merely suggested we were looking for evil in all the wrong places.  Evil, she said, stems not from violence so much as it does from thoughtlessness.  And by that she meant not careless thinking, but lack of thinking.

Eichmann was able to do evil things because he didn’t think for himself.  He was the ideal Nazi follower.  His strength and his pride were in his own ability to follow orders.  Once he had found the perfect authority figure in the Führer, his work was done.  From then on, all that was required of him was to do what he was told.

Arendt had formed her notions of good and evil from a lifetime dealing with the problem of totalitarianism, first directly, in the flesh, then the rest of her life philosophically.  She was a Jew who left Germany when the Nazis took over in 1933, and she devoted much of her life thereafter to the contemplation of evil.   Before her coverage of the Eichmann trial in Eichmann in Jerusalem, which made her famous, she had already decided that real evil is perpetrated by enablers, those who go along with the crowd, become part of mass opinion, seek out authority figures to follow uncritically.

Her embrace of critical thinking began long before her study of twentieth-century authoritarianism, but the advent of Hitler and Stalin and the vision of the mindless crowds surrounding them in adulation could only confirm the importance of open-ended thinking.

A study of semantics will reveal just how arbitrary is meaning.  Postmodern philosophy goes further.  It suggests that not only is meaning negotiated constantly anew, but so is truth itself.  Or at least our understanding of it.  What this means in ordinary language is that what matters is not the so-called eternal truths, but how we live in society, matching our own personal experience against the experience of others to establish what is good and what is meaningful.

To authoritarians, this is anathema.  To religious authoritarians, it is heresy.  Truth must be eternal and unchanging.  This struggle, between conservatives who would foreground the constants and background the trivial (for what else would we call something that is not eternal?), and those who would see the essence of life in the flow of life, is one of the great philosophical issues of all time.   What can we count on?  Is life to be lived moving from whim to whim?

To non-authoritarians, change is the very nature of life.  One never steps into the same stream twice, say the Buddhists.  One lives not in the night; one lives in the time “becoming day.”   One lives in the hope things will get better.  And one knows from experience that with new knowledge, new perspectives, new insight, it actually often does.

Arendt once had this to say about how to view the world and the people in it:  “The world and the people who inhabit it,” she said, “are not the same.”  “The world lies in between people.”  Although Arendt was referring to feeling at home in the world again after years of alienation, I take her declaration that the world lies between people to mean that it moves forward in everyday human interactions.   What matters is not so much the status of birth, or wealth, or accidents of nature, or any of the other externals that we credit or blame for the human condition, but what we do with these givens and events.  Life is what we make it, and reality changes as human interactions make new experiences.  With each new experience we have more to go on in making wiser choices than before.

Another way to say the world lies “in between people” is to say that meaning is constantly negotiated anew, and this implies there is no meaning without constant movement, constant questioning of assumed truths, and revisiting of the values we live by.  Without such openness, we would never have gone from being a slave-holding society to where we are now.  We are still trying to remove the scars of slavery and segregation, but slavery to virtually all Americans today is unthinkable.  We would not have decided it is inappropriate to tie seven-year-olds to machines in factories rather than give them a basic education.  Or that our understanding of race was arbitrary and unscientific and there was no justification to forbidding people of different races to marry.  We routinely look back at our history and wonder at the folly we once took for truth and common sense.  Without this openness, past wrongs can never be put right.

These thoughts flooded in the other day when I read the stunning news that the pope had made a move that I suspect will change the world.   Or at least a good segment of the human population which still looks to the Roman Catholic Church for answers and those affected by their decisions.  Ever since attempts to open the church under Pope John XXIII in Vatican II, succeeding popes have been trying to move the church back to where it was when the pope lost control of the Papal States and compensated by claiming sole infallible authority over the minds of the faithful.   The Roman Catholic Church in recent years has been notorious for its embrace of tradition, the old ways such as a return to the Latin Mass, the idea that the pope speaks through the bishops and priests for God and the prime duty of a catholic is obedience.

While the clerical arteries were hardening within, those in the Church in touch with the world outside have recognized the damage done to the institution by its authoritarian patriarchy.   These “folks in the pews” have gone along, as most people have, with the progress of human rights outside its walls, where women are increasingly finding a voice and substituting sexual equality for patriarchal domination, where lesbians and gays are finding dignity and social approval, where Catholic priests working with the poor in Latin America are demonstrating that followers of Jesus can be primarily about compassion and not power, authority, and self-interest.  For the majority of Roman Catholics, both those leaving the institution in droves and those working with extraordinary patience within, having to watch the hierarchy attending banquets with the power structure, joining forces with dictators – and more recently with right-wing Republicans known for taking away food stamps to enable tax benefits for the rich – has been a heavy burden.

Now, in one fell swoop, Pope Francis seems to have lifted the burden from their shoulders by declaring the moral teachings of the church are not all equivalent.  “We have to find a new balance,” he said, and by that he meant it is time to give up the preoccupation with abortion, homosexuality and birth control, and look at the more essential Christian doctrines stressing love and compassion.  “This church…” Francis declared, making a sharp contrast with his predecessor who once suggested he’d be perfectly happy with the church shrinking down to a smaller group of true believers, “is the home of all, not a small chapel that can hold only a small group of selected people.”

It’s important to note in passing that the pope has not made any sudden changes in doctrine.  He has not come to embrace abortion, homosexuality or birth control.  He has only criticized the church’s preoccupation – not with adultery, or greed, or deception or gluttony or any the many other sins out there worthy of condemnation, but – with issues of sex, including birth control and abortion.  His criticism has been leveled at what one person has aptly called a “pelvic zone orthodoxy.”  The sins in question still stand.

In so doing, he is inviting all within the church, gays, women, priests sanctioned for their work as Liberation Theologists, to the table.  Just as orthodox rabbis can say to their gay members (or anybody else they consider a sinner), “You’re always welcome at shul,”  Catholics, Francis is suggesting, can keep coming to mass and should expect to be embraced.

This will be possible, of course, only when the focus is not on the rules, not on the status quo, but on the dialogue.  What has to matter is the on-going nature of human relationships, the exchange of views.  The church, like any other network of human relationships, must live in the spaces in between.  In the language of progressive Christians, one has to stop putting a period where God has put a comma, and God has to be experienced not as a noun (truth, authority, censure), but as a verb.

When you embrace this option of remaining open, you are faced with a constant need to revise as you go along.  You are required to think.  Hannah Arendt saw evil in thoughtlessness.  Having to think doesn’t mean you always reach the right conclusions.  But not thinking takes away your power to stand up to what is wrong.

“Who am I to judge?” Francis said, when asked recently about his stand on homosexuality.

I take that to mean, “I’m keeping an open mind.”  (I don’t imagine he would give the same answer to “What do you think of rape and murder?”)

He has opened the doors of the church and let in some fresh air.  He has not shed the concept of infallibility, but he has taken the notion from himself and placed it where he thinks it belongs, on the body of believers as a whole.  They will have to work out their differences, in other words.   Don’t wait for me to give you the answers, he is telling them.  Think for yourselves.

There are a lot worse things than a pope who encourages thinking.