Another shot in the foot by Cordileone 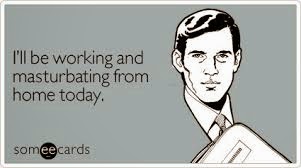 Whatever you say about San Francisco’s archbishop, Salvatore Cordileone, you can’t say he doesn’t have cojones.  Pity he has no use for them outside of bullying his flock into submission to the church’s hardliner fanatical wing and the position that you must never touch yourself “down there” unless you intend to make a baby, must not ever use birth control, must not ever become a sperm donor (that would, of course, involve touching yourself “down there”) or do anything else the church considers naughty.

The San Francisco Chronicle just published an article a couple hours ago  reporting that Cordileone has addressed a new document to teachers and staff at the Catholic schools in the San Francisco diocese: Riordan and Sacred High Schools in San Francisco, Marin Catholic in Kentfield, and Serra High School in San Mateo, reminding them that not only must they affirm official church doctrine, even if they are not Catholics, but they must believe them.  No kidding.  You must believe.

I also heard from another source that in a faculty meeting held today, teachers were told that they would be required to demonstrate adherence to church teachings both at school and in their private lives.

Think you’re going to wave a rainbow flag at San Francisco’s next Gay Pride Parade?  Attend a friend’s same-sex marriage ceremony at City Hall?  Think again.  Before you explain to your children while eating out in a restaurant that the pink triangle flag in the waiter’s lapel is a way of remembering gay people killed in concentration camps, be sure there is no one listening who might turn you in for incorrect thinking when you refer to these as “innocent victims” of the Holocaust.

If there are gay teachers and staff whose jobs are now in jeopardy (and you can be certain there are – this is San Francisco) they will now have to go even deeper underground.  They will lie when asked if they are gay.  And that puts them among the very last group of gays in America forced to live in the closet.  They will perjure themselves when they renew their contracts – what choice will they have if a steady income is necessary for them to put food on the table?

I know they can find jobs elsewhere.  But should they have to be guilted into quitting a job they love and do well at?  Or forced to stay silent when unkind things are said about a gay parent or sibling or friend?  Or about themselves?  The majority of American Catholics practice birth control (the figures approach 100%!), and polls show more Catholics approve of gay marriage than the average of all Americans.  So you know a whole lot of people got their jobs in an era of live-and-let-live, before thought control was made official policy.  That means there are people who will be facing the choice of lying or finding work elsewhere.

I don’t know about you, but I came to the conclusion a long time ago that if you are faced with a bully, lying to protect yourself is an option.  That depends on how important you think having a job is.  Or whether you think it’s preferable to quit being a teacher and start waiting tables rather than tell a falsehood.

Consider the sheer hypocrisy this policy will unleash.  These teachers in danger of losing their job will look out over a classroom where the majority of children come from families with one or two, maybe three children.  And know their parents had sex more than two or three times in fifteen or twenty years of marriage.  And if the topic ever comes up, the teacher will be required by the policy to label their parents’ actions as “evil.”

I can only hope the good Catholics of San Francisco recognize this as a serious step in the wrong direction for their archbishop and let him know it.  They will have the “who am I to judge” pope on their side.  Maybe.  Turns out he may not have meant it.  And besides, there is no shortage of papal opponents on the far right, including Cordileone, who will come up with justification for ignoring his admonition to be pastoral and not judgmental.

You can just see the folks leaving the church with a bad taste in their mouths.  It’s hard to watch an archbishop say mass with a bullet in his foot.

If you come across a job applicant who explains that he or she has an excellent employment record at Sacred Heart or Riordan or Marin Catholic or Serra High Schools, but decided to leave for personal reasons, do what you can to give them a job, will you?  Good teachers are hard to come by.

Alan, your report about this was the first I had read, and was so helpful to me in understanding what was going on in this latest Cordileone initiative. National Catholic Reporter now has a report online by Dan Morris-Young.It's here , in case you haven't seen it.

Yes. Found the article at: http://ncronline.org/news/faith-parish/new-faculty-handbooks-san-francisco-include-statement-developed-archbishop

Interesting to watch the attempt of the defenders of this document to dance their way around the fear of job loss. Nobody's job will be threatened, they insist. Yet, if you read the actual text, that threat is there in black and white. The summation at the end of this article says it all:

A Catholic educator in the Bay area with extensive administrative experience called the institution vs. individual affirmations "game playing."

"The 'institution' as a collective says, 'I affirm all these propositions' but the individual teachers don't have to sign?" the person wrote in an email, adding: "But they are still vulnerable because the institution made the affirmation. What this sets up is the conditions for a teacher to be fired for on-campus or off-campus behavior. Clearly, they can't be seen marching in San Francisco's Gay Pride parade, or attending any events at which the GLBT is present, nor attending a gay wedding. Even a family event photo can't be posted on a teacher's Facebook page. The worst part of this -- any deviation or perceived deviation could be grounds for being fired even though the archbishop denies this is his purpose."