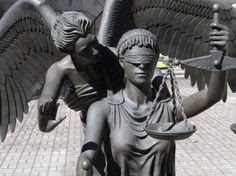 Mercy without justice, they say, is the mother of dissolution.  Justice without mercy is cruelty.

There have been several opportunities in the past few days to ponder the ways in which we are tossed around on the waves of chance.  Do we live by order based on reason and fair play and let our better nature shine through our system of justice?  Or do we live by our impulses to do good and pride ourselves on our flexible nature?  That is the moral question behind the recent celebration of the change of heart in regard to Syrian refugees now pouring into Northern Europe.  In a perfect world, we would not be faced with this choice.  We would have better policies, savvier institutions for dealing with crises, more resources allocated to the needy.  All things are never equal, however, and we are always forced to make choices.  Mercy is being prioritized over justice at the moment.  But that leads to the question, how long can we keep it up?

To many questions, actually.  There have been refugees dying by the boatload in the Mediterranean for some time now.    Apparently it took a photo – that photo of the dead three-year-old lying face down at water’s edge – to galvanize world opinion.  (I'm not going to show it here.  I've seen it too many times and it's simply too hard to look at.)  Something must be done.  One day Angela Merkel is telling a little Palestinian girl from Lebanon that she can’t bend the rules and let her stay in Germany, that there are many people in greater need than she is in, and so she will have to go back to Lebanon, where she began her life as a refugee.  And practically the next, the same Angela Merkel is telling the Hungarians to open the gates.  Suffer the Syrians to come unto me, says Angela, and in a flash, this conservative politican is the love child of people of good will from Africa to the Arctic Circle.  Just so you don’t think this is just a German change of heart, please note that Sweden just announced it would now grant all Syrian refugees in their country permanent status.

You see the enormous power of the media at times like this.  A clip of a refugee telling his fellow Syrians, “Don’t come to Hungary!”  Another clip of Hungarians piling refugees on trains headed for Germany and then waylaying them to a refugee camp outside of Budapest suggests the Hungarians must be a nasty sneaky bunch.  No wonder nobody would seek asylum in Hungary.

But that’s not the whole story, and it’s cruelly unfair to the Hungarians.

First off, the Hungarians are (were – it has all changed now) following the rules established by the ECRE, the European Council on Refugees and Exiles.*  The Europeans came up with a plan, usually referred to as Dublin III these days, on how best to approach this new Völkerwanderung (mass migration of peoples).  This plan has been in effect since it came into force on September 1, 1997.  Some countries (Iceland, Norway, Switzerland and Denmark, specifically) took a bit longer to get on board, but as of now, every single European country (Denmark has some reservations) has agreed to follow the rules – a refugee gets fingerprinted and registered in the first country he enters while seeking asylum.  Hungary was simply trying to follow the law.  Justice, you see.  Not mercy, in this case.

The problem with Dublin III (and the two earlier agreements) is that this puts the burden on the countries on the perifery.  Greece, for example.  While Greece is struggling mightily to keep from going bankrupt, according to Dublin III any Syrian who enters Europe on a boat to Lesbos or Kos is Greece’s responsibility to take care of.  And it’s those Greek islands, along with others like Lampedusa, the Italian island just off the coast of Libya, where they land.  And Syrians know that if they stay in Greece – or even Hungary – the chances of getting their children educated are nothing like what they are likely to be in Germany.

Do you want to be the one to tell them they need to stay in Greece?

And look at what is not being said here.  These are refugees!  They are supposed to be taken in and given food, clothing and shelter.  The crisis will end one day and they will go home.  They are not immigrants; they are refugees.  They don’t get to make demands.  They take what they can get.

So no education for your kids.  Learn to say ευχαριστώ  (efkharisto) and move along now; there are many others we need to get to.

Not so fast, says the Syrian mother and father.  There is no end in sight to this tug of war between ISIS and Assad.  Why should my twelve-year-old sweep streets in Thessaloniki until he is twenty-two?  If we get into Germany, he will go straight into middle school and when he is twenty-two he can be a graduate of Ludwig Maximilian University in Munich.

So the media kick in.  That video of Angela Merkel I, the German justice Angela, stroking the hair of the little Palestinian girl gets set against Angela Merkel II, the German mercy Angela, being held up by a Syrian refugee as if she were Madonna.  Any doubt which image better suits the zeitgeist?  No politician in her right mind would fail to seize this opportunity.

It’s a rerun of the Greek crisis (and don’t you love how the Greek debt crisis has become a back-burner issue). There, it was the law-and-order folk, Angela I at the helm, talking about the moral hazard of forgiving Greek debts for the nth time.  Don’t you know they’ll just keep taking advantage?  And the bleeding hearts talking about how the bankers of the west worked hand-in-glove with the corrupt politicians of Greece to fleece the working man and sell out his country.  And how that means we need to show mercy to the Greeks and not condemn them to decades of unbearable austerity?  Angela I couldn’t show flexibility there.  Her corporate bosses were in charge.  But on the refugee issue, the media, not the corporate bosses, are calling the shots.  All the rationality in the world doesn’t amount to a bucket of spit when the world has to take in a little boy with his cute little feet still in tiny sneakers and his nose buried down in the sand.

While we're at it, it's worth noting that people can't even agree on terms.  No sooner is a word pressed into service than it takes on political connotations, politicians contextualize it, and it takes on a life of its own.  I've listened to debates on German television over whether there is any real difference between Migranten, Flüchtlinge, Asylanten, and Asylbewerber,  which translate more or less as "migrants," "refugees," persons seeking or already granted asylum (i.e., it's ambiguous), and asylum seekers, respectively.  The BBC saw fit to make an issue of terminology given the political penchant for dividing people into real refugees and (merely) economic refugees.  They wrote:


A note on terminology: The BBC uses the term migrant to refer to all people on the move who have yet to complete the legal process of claiming asylum. This group includes people fleeing war-torn countries such as Syria, who are likely to be granted refugee status, as well as people who are seeking jobs and better lives, who governments are likely to rule are economic migrants.

We can take great pleasure – I certainly did – in seeing one act of generosity after another flash across our TV and computer screens – like the Austrian kid who joined a convoy of Germans and Austrians to drive across into Hegyeshalom, on the Hungarian side of the border, pick up families of refugees and drive them across the line to Nickelsdorf, in Austria, and an hour more into Vienna.  Are you people smuggling? asks the reporter.  “No,” the kid says, “I’m just being helpful.”  And we can ask ourselves if this is a real change of heart among the peoples of Western Europe.  Is it that people have gotten kinder?  Or is it that the media are driving this phenomenon and editors have their fingers in the wind and are guessing we're overdue for some human interest stories?  Are the media really driving the story?  Or are they merely riding the story, and it’s the people who have had their fill with the smooth-running but soulless system of German (and Hungarian, and Swedish and you-name-it) justice and want something more?

However you come down on that question, if it's even answerable, that’s only half the story.  The other half is the fact that on August 24, Germany decided to suspend the Dublin III regulations and process refugees without regard to their having been in another European country before arriving.  The Czech Republic followed on September 2.  Hungary, Slovakia and Poland, on the other hand, are sticking to the rules.  Except when they don’t, as when Hungary let the refugees on the trains – and nobody asked for tickets, by the way – and even provided busses.  Good guys and bad guys?  Justice vs. mercy?  How are we to frame these events coming down these past days?  Is it really a Völkerwanderung (mass migration), as German conservative politicians are trying to frame it?  The implication being every nation has the right to determine who comes in and who stays out.  Or is it a crisis of humanity, as the progressives claim, the implication being that when the boat is sinking you get everybody into lifeboats; you don't worry so much about the china.

It’s probably going to be only a matter of days before the tide turns again.  What happens if the Syrian refugees in Turkey and Jordan decide their kids, too, deserve a German education?  Or give some serious thought to what it means to step on Swedish soil and be instantly granted permanent asylum?  What happens if the Eritreans begin asking why their plight is any less dire than the Syrians’?  Is our new-found sympathy for the Syrians going to bring back off the back burner the plight of 1.3 million displaced Sudanese?   I know how to make enemies quickly of my lefty friends by asking naughty questions about Bhutanese refugees in Nepal or Karen refugees trying to get home to Burma.  Don’t dilute, don’t trivialize, don’t relativize, they will say.  And don’t dismiss this with your cynicism about how euro-centric this current issue is.

And I will listen to them.   What am I going to do, join the guys on the other side who insist people coming across the Mexican border are rapists and murderers?

It’s hard to keep a nuanced perspective, to recognize the complexities, to resist the demonization of the good folks who have prioritized justice over mercy.  But the right thing is to try, I think.

At the same time, this story is far from over.  And there are going to be lots of twists in the plot line before we’re done.

Mercy’s nice for now.  But mercy without justice is not the final answer.

* Not to be confused with the German authority for dealing with such matters, known as BAMF. And that's BAMF as in Bundesamt für Migranten und Flüchtlinge, by the way and not Bad-Ass Mother-F***ers, as in Marvel Comics.

Eritrean refugees in front of the U.S. Embassy in Tel Aviv - http://www.demotix.com/news/3618357/eritrean-refugees-demonstrate-protection-us-embassy-tel-aviv#media-3618344

Thanks for the categories and for some thoughtful analysis. It's really difficult to know how to begin to react to the flow of refugees. Even making the refugee/immigrant distinction is very helpful. I can't imagine what it must be like working on the front lines of this flow of humanity.