Netflix and Amazon Prime are doing us a real favor flooding the internet with films faster than we can keep up with. Many of them are junk, alas, but enough good ones come through to make it worthwhile to keep up the subscriptions, in my experience.


In the last 24 hours I happened across two films dealing with sexual abuse, which I believe never got more than art-house exposure until now. And normally, I’d have passed them by, having burned out on the topic in recent years. But these two caught my attention for their promise of a different take on a familiar story, and I wasn’t disappointed.

One is a badly crafted production which is nonetheless worth watching because of its context – the black American religious community. The other, a German film, is a brilliant production deserving of broader attention than it has been given since it came out in 2014.

Die Verfehlung (“transgression” or “delinquency” - English title: The Culpable) is a story of three close friends, Jakob, a prison chaplain, Dominik, a social worker who works with teenagers, and Oliver, a church administrator. All three are catholic priests.

A teenage boy charges Dominik with sexual abuse. Dominik denies the charge publicly, but admits to Jakob that sex between them did indeed happen, arguing it should be understood as love, and not abuse. Oliver agrees with the local cardinal that this is dirty laundry which should not be washed in public. Jakob struggles with the expectations of his church and of his friend, on the one hand, and his conscience, on the other, which tells him he needs to report the confession to the district attorney, in part because he has discovered there is a second boy hiding in fear and shame whose story should also be told. A triangle of denial, blame and compassion, which puts flesh on the bones of the worldwide catholic child abuse scandals. While the church is roundly criticized these days for self-serving cowardice in failing to come to the aid of young people taken advantage of sexually by clerics, Filmmaker Gerd Schneider, once a theology student and priest candidate himself, makes the case, I think effectively, that a legalistic approach to human weakness may not be the best approach. And at the same time, he doesn’t let the church off the hook. In this modern world, it’s not the authority of the church with its non-Christian utilitarian ethical system, but a modern-day Kantian (principles-based) ethical system that seems to be what’s called for in addressing this out-of-control scandal.

Told with passion and even-handedness from all three perspectives, as well as with compassion for the victims involved, The Culpable is well-cast, well-acted and insightful. Highly recommended.

The American film, Wolf, was made in 2012. It involves a black evangelical church so well integrated into the lives of its families that it becomes hard at time to know where one begins and the other leaves off. The preacher (“The Bishop”) has a sterling record of having seen the family through some hard times, and is admired not only for his preaching but for his managerial skills as well, having turned a small neighborhood church into a thriving congregation and business enterprise. He has also been having a sexual affair with the family’s teen-aged son for several years.

The male characters in Wolf, all of them, the boy, his father, the bishop, are woefully immature and 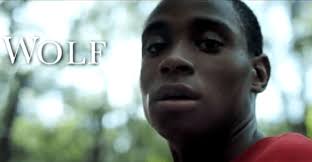 unable to play the kind of responsible roles one expects of them.  The women, on the other hand, are as strong as the men are weak. While that fits a common stereotype of the African-American community which many will no doubt find offensive, it’s not the weaknesses that are the problem; the problem is the many serious dilemmas get resolved without explanation. It’s as if the filmmakers decided they’d run out of time, drew a line under the challenges, and made everybody kiss and make up, creating a seriously unsatisfying plot line.

What almost makes up for this weakness in the structure of Wolf (the title, I presume, suggests the bishop, rather than being a shepherd herding his flock, is a wolf in sheep’s clothing) is the fact that, as is the case with The Culpable, the film presents all sides with balance and compassion.

Not enough, in the end, in my view. The teenage son, sympathetic at first, seems to be carrying some heavy baggage indeed. His vulnerability to the bishop’s advances is explained away as a search for a missing father. Nobody seems to want to consider the possibility the kid is simply exploring his sexuality. His later sexual aggressiveness toward his girlfriend may stem from parental rage at his evident lack of masculinity, but it's left open whether that's the origin of his aggression or whether it's somehow the result of sexual abuse. Also left hanging is the question of whether the once willing boy has become aggressive because of the sex or because the bishop seems to have suddenly shut down his sexual affections.  As with most treatment of "abuse," the abuse is taken to be the fact of sexual activity, and not physical force or psychological manipulation.

Similarly, while it's refreshing to see the bishop depicted as a conflicted soul and not a monster, it's painful to see how in this closed community he has no place to go but to see himself as a hopeless sinner in terrible need of forgiveness. And the father, missing in action emotionally, kind of comes through in the end, although the audience is hard pressed to explain just what makes him see the light. I won’t spoil the ending. Let’s just say the hasty tying up of all these loose ends makes it hard to see what might have caused the maturity on the part of the men to evolve. That they managed to grow a spine and some sympathetic understanding that was missing initially is something the audience has to take the writer's word for. It's possible, of course, to ascribe the inconsistencies as simply complexity of character, and view the complexity,  along with the plot surprises, as devices that make this film worth watching.