We're all on a first-name basis here 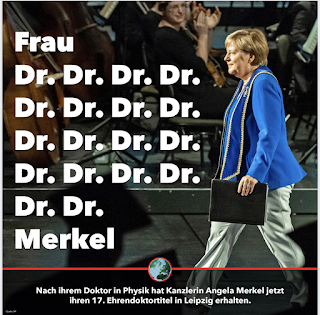 In the U.S. (and I guess virtually everywhere in the world), when a person earns a doctorate degree, she/he is given the honorific title of "Dr."

Medical doctors use it routinely, without further ado.

Those who earn (non-medical) academic doctorates, however, divide themselves into subgroups. Some take on the title and use it as regularly as a medical doctor would. Others use it only within academic settings, in publications, at conferences, etc.

And there is another subset of that subset (which I fit into) that considers it tacky to use the title except in situations where one is being recognized for one's academic accomplishments - other than for simply having received the degree.

I get mail from Stanford, where I got my PhD, addressed to me as "Dr. McCornick." I also get mail from a friend who graduated with me with the same degree who addresses me that way. I interpret that action as a joke, a subtle dig, a reminder of a conversation we once had about the inverse snobbery of people who refuse to use the title as a way of being "above it all" and thus indirectly expressing superiority. One almost has to have a program to keep up.

While teaching at Keio University in Japan, I noted that some faculty and students would address me as "Dr. McCornick" and when they did so I accepted that as routine. Not as a sign of respect so much as recognition that that's who/what I was, plain and simple. 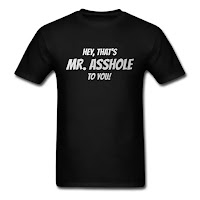 Some professors insisted that they be addressed by that title. Since I see the title as an honorific, I would feel foolish making such a request. Honorifics are forms of respect shown voluntarily; they should not be demanded, in my view, even when it is taken as bad manners to omit the title.

Back in the 60s, when I first started teaching at the American Language Institute at San Francisco State University, I remember a discussion I had with colleagues who would introduce themselves to students or answer the telephone with "Mr. So-and-So."

Where I grew up, in New England, "Mrs." was a title, not an honorific. For that reason, a married woman would introduce herself that way, and others would remember her as a married woman and follow suit. But "Mr." was an honorific, and therefore one assumed one would be addressed that way, but would never apply the term to oneself. So when I first found male faculty in California introducing themselves as Mr. So-and-So, I found it remarkable – and a tad off-putting. Call it East Coast snobbery, if you like, but I began asking around to see if it was “a mid-Western thing.”

One colleague offered the information that they were doing this to teach the foreign students we were working with how they wanted to be addressed, something I saw as a justification rather than an explanation.

I grew up in a home where several members of my family spoke German, and I picked it up – not as a native language; English was clearly the dominant language – but well enough to feel at home with “Du” for “you” and “ich” to refer to myself.

When I got to college and was placed in a formal setting with the German language for the first time, I ran into trouble. One of my German teachers, a woman from Kiel who was new to the United States and had taught high school in Germany, addressed me as “Du,” as she was accustomed to doing with her students in Germany. Since “Du” was the natural word for “you” in my house, I “returned the favor.” She quickly set me straight - “I get to call you “Du” she informed me. To you, I am “Sie” (the honorific word for “you” in German.)

I still remember the feeling of humiliation. I felt I should have known that, and felt foolish.

But all things need to be learned. We do not leave the womb with social knowledge.

Perhaps that humiliation left me with an oversensitivity to the use of honorifics which I have not gotten over to this day. When I went back to school in San Francisco to get an M.A., the head of the program was a wonderful kindly soul named Thurston Womack. He had a bunch of us over to his house one time when the doorbell rang. It was a teenager who lived next door. Dr. Womack invited him in and suddenly this kid, whom he had just met, was calling him “Thurston.” I felt the urge to tell him how rude he was being, thus reliving the time when Fräulein Lau set me straight about the proper use of “Du.” But then I realized that Dr. Womack was perfectly fine with it all. I chalked it up to his being a Californian.

Years later, this time in the early 80s, when I started at Stanford, I took classes with Charles Ferguson, a man whose accomplishments and reputation I had admired for two decades. I was in awe of him. At Stanford they followed the custom of graduate students calling professors by their first names once they had passed their exams. But I could never make the transition and call the man “Charles.” To me he was, until the day he died, “Dr. Ferguson.”

Before that time, I had lived in Japan where hierarchy is part and parcel of the social system. No two people are of equal rank.  And traditionally you used one word for the verb "give" when speaking to a superior and another when speaking to an inferior. One gave up or one gave down. Also, traditionally, when two strangers met in a business or social setting, they would exchange business cards (and this is still common) where their professional status is clearly evident, and people make the effort to know how corporations and universities and other organizations are ranked. Those differences were once marked (and to a large degree still are) right down to the level of determining who bows lower when meeting a colleague for the first time. Even though that custom may be slipping away these days, Japanese still have the honorific/title “san” (and the very formal “sama”) in use as the analogue to our “Mr./Mrs./Ms.” Even among friends the word is used as an honorific. And the important thing to remember is that one never uses “san” when referring to oneself. It’s clearly an honorific and everyone knows it.

Whether it’s my New England upbringing, or my twenty-four years of living in Japan with the “san/sama” honorific, or my familiarity with the distinction between an honorific word for you used alongside an “intimate/familiar” word for you in German, French, Spanish, and Russian, which I’ve spent considerable time in, I still squirm when young people call older people by their first names. I don’t think this habit of tensing up when I hear it will ever leave me.

What brought on this reflection was an item I saw on Facebook this morning. I have lifted the photo from it, no doubt illegally (and will immediately take it down if called to do so). It’s a photo of Angela Merkel, with a satirical commentary on the fact that in Germany if you have two PhDs you get to use the doctor title twice. If Hermann Schmidt has a doctorate in philosophy and another one in sociology, he is publicly addressed as Herr Doktor Doktor Schmidt. Three doctorates? Herr Doktor Doktor Doktor, of course.

That apparently goes for honorary doctorates, as well.

Since Angela Merkel has an actual academic doctorate in quantum chemistry, and seventeen honorary doctorates, she is properly addressed as