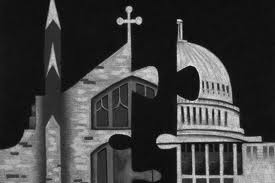 One of the wonderful things about America’s constitutional approach to religion is that any damned fool can get a marriage license and marry you. You just go to the folks at Universal Life Church, send them ten bucks – it may be more now – and voilà, you’re a reverend kind of person.


Congress shall make no law respecting an establishment of religion, or prohibiting the free exercise thereof; or abridging the freedom of speech, or of the press; or the right of the people peaceably to assemble, and to petition the Government for a redress of grievances.

It’s that “free exercise” bit. The courts have determined over the years that that means no government agency can determine how religious bodies should run their affairs and, most recently, in Hosanna-Tabor Evangelical Lutheran Church and School v. Equal Employment Opportunity Commission, who can be called a “minister.” And what you can do to that minister. 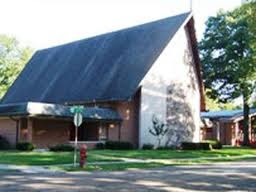 I’ll go straight to the bottom line. You can fire his ass if he looks at you cross-eyed, and there’s nothing he can do about it. Provided you can establish that your religion does not permit him or her to be cross-eyed. That’s the key. If your church thinks it’s OK to be cross-eyed but only you don’t, you have to let him keep his job. But if the whole church thinks there’s something wrong with being cross-eyed, well, be my guest.

Cheryl Perich worked for Hosanna-Tabor, a Missouri Synod Lutheran Church in Redford, Michigan as a “called” teacher. She led prayers, taught courses in religion, and did other religious duties, in addition to being a normal fourth grade teacher of non-religious subjects.

So what does “called” have to do with it? Well, 1 Corinthians 6:1 reads, “ Dare any of you, having a matter against another, go to law before the unjust, and not before the saints? That’s the King James version. The Weymouth Bible puts it this way: “If one of you has a grievance against an opponent, does he dare to go to law before irreligious men and not before God's people?”

Now Missouri Synod people take their scriptures seriously. They also divide their members into “lay” people and “called” people. If you’re “called” (by God and the congregation), and if you have taken the required number of courses in religion, you get to wear the title, “Minister of Religion, Commissioned. And that’s what Cheryl Perich was – a “called” member of Hosanna-Tabor.

And if you can be “called” you can also be “recalled” – which Cheryl was when she went on leave because of narcolepsy, came back and found they had hired a replacement, and tried to sue. Sue? They said. “Have you not read 1 Corinthians 6:1-7? You can’t sue and be a Lutheran!

Now I’ve just told this story in a slanted fashion, to show some sympathy toward Cheryl. Let me tell the same story from the church’s perspective. (My words, not a direct quotation, but I believe I’ve got my facts right.)

Cheryl, you were sick and we took care of you. We gave you several months off with full pay. We are a small congregation, and because we needed a teacher to replace you that was a big financial strain on us. On top of that, we combined several grades into one class, so it also took a toll on our eighty students and seven teachers. We hired a replacement because we could not be sure if you were coming back. For us to take you now would mean paying two salaries. And when we told you that, you said you would take us to court. Surely you realize a fundamental tenet of our church is that we handle religious matters internally (1 Corinthians 6:1-7) and do not take matters to court. Your aggressive response suggests to us that we need to recall you from your position.

Cheryl did take it to the Equal Employment Opportunity Commission as an infraction of the Americans with Disabilities Act, and they took it to court. The first court decided in favor of the church on the grounds of “ministerial exception.” It then went to the 6th District Court, which vacated and remanded that decision, concluding that Perich didn’t qualify as a “minister.” And finally, Case #10-553, Hosanna-Tabor Evangelical Lutheran Church and School v. EEOC et al, was argued in the Supreme Court on October 5, 2011 and decided on January 11, 2012. You can read the decision here.

The Supreme Court decided, in keeping with the “Free Exercise” clause of the First Amendment, and with precedent, the government could not dictate what constitutes a “minister” – and how any religious body might discipline such a person.

But what about the conflict with all the civil rights laws? “Ministerial exception,” they said. And they made an interesting distinction, although I don’t know how far this will hold long term. If discrimination is part of a religious tenet, they said (cleverly avoiding use of the word “discrimination”), we have no say in how you apply it internally. If discrimination is practiced by an individual, we do. If the church, for example, says God wants men to be priests and women to take their orders from them, and that is doctrine, a woman cannot sue the church for discrimination. But if a church has Sunday School teachers who are both men and women, and the minister decides on his own to fire a woman teacher because of his personal belief that women should not work outside the home, then she has a case.

In the case in question, the Missouri Synod Church had established that taking things to court was against biblical principles, and anyone threatening to do that would only be demonstrating they were the wrong kind of person to be called to the ministry.

The Court took pains to state this decision was to apply narrowly to this case only, and left open the possibility of another decision if and when circumstances are different.

Conservatives are crowing all over the place. Great victory for religion!

Well yes, it is. Especially of the non-democratic ilk. And it’s a bitter pill to swallow for progressives. The ACLU, for example, an organization I send money to and am proud to be a member of. They, along with three religious organizations, the Unitarian Universalist Association, the National Council of Jewish Women and the Sikh Council on Religion and Education, and Americans United for Separation of Church and State got together to write an amicus brief in defense of Ms. Perich’s charges of discrimination. Their argument was that the so-called ministerial exception should apply to doctrinal issues only, and that this issue had to do with church leaders’ disapproval of Ms. Perich’s attitude and he behavior, and was not based on religious grounds. Which is how the Appeals Court decided. But they did not come up with a convincing explanation of how one would fight discrimination without stepping on the toes of bigoted religious groups that would satisfy the Supremes.

Most Americans, including most Roman Catholics, have long since come to share the enlightenment values of human equality. The majority of them have shed racism, sexism and homophobia. To differing degrees, to be sure, but the tendency is clear and unmistakable. They are way out ahead of their churches.

This decision has got to be particularly painful for the people of good will within retrograde organizations like the Catholic Church. I always think of them first, since they have the most money and use it, as they did in organizing and funding Prop. 8, but what applies to them applies to other groups equally well – Muslims, Southern Baptists, Orthodox Jews – with patriarchal traditions that have members trying valiantly to bring their spiritual homes into the modern world, and they cannot be happy with this turn of events.

One side of the coin is it’s a victory for religion. The other side of the same coin is the churches are being given enough rope to hang themselves with. If they take this “freedom from democratic values” too seriously, they could end up with pews filled with nothing but obedient sheep. Some think that would be nothing new, but they are missing the complex struggles the churches are going through over the question of authority.

I was confirmed in a Missouri Synod Lutheran Church. I left it. In my case, it was because the doctrines became increasingly silly to me as I became aware of how many religious bodies there were with alternate doctrines, equally silly. I left the religion before I left the church, long before I developed a feminist or gay consciousness, which would have made me flee with equal conviction if I had not already done so.

I don’t know what to suggest to those good people who stay to fight from inside. I want to help them, but I cannot see how the Supreme Court could have come to any other conclusion without treading on the Constitution. Churches can change. We saw them change on the subject of slavery, on the issue of who goes to heaven, who gets to take communion and how, on interracial marriage. The Mormons came to accept blacks even though anti-black racism is clearly written into their scriptures. The Christians came to accept Jews as not responsible as a body for the death of Christ despite centuries of church-centered anti-Semitism such as expressed by Martin Luther. It can be done, with or without government help. Don't forget how quickly the Mormons got rid of their polygamy (like racism, also founded in scripture) when they realized statehood for Utah depended on their doing so.

It is also being done in the Catholic Church and other so-called mainstream churches, in effect, but the hard way. Since the only way to oppose false doctrine is to leave the church, that's what's happening. Defections are at crisis level, a crisis that might be averted, ironically, if the government could help these progressive forces.

Under its current configuration, though, if the Court had gone the other way, and done away with the “ministerial exception,” it would bring down the Roman Catholic and all the other authoritarian religious organizations in the land. Every Catholic gay could sue for being labeled “socially disordered,” every Catholic woman would have a case of discrimination for being denied access to the clergy, the only real leadership positions. Much as I would celebrate watching this beast being taken out of its misery, I am not proud of these gut feelings. And I have to admit that a small part of me can still be persuaded there is something noble about those who would nurse it back to health instead.

So I stand with the Court. (No act of courage when the decision is 9-0.) We have no constitutional right to intervene, so we can’t participate in this healing project from outside the membership. The best we can do is agree not to beat the beast to death, like the Marxist-Leninists and Maoists tried to, and allow more heroic folk than ourselves to try to cure its ailments, remove its tumors, freshen its bad breath.

All power to them. Hope they succeed.