Where the money goes 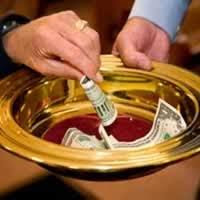 There’s an ABC article today on Romney’s practice of tithing to the Mormon Church.

has given more than $4 million to the church in the past five years, including $1.8 million in 2008 and $600,000 in 2009. But because Romney, whose fortune has been estimated at $250 million, has never released his personal tax returns, the full extent of his giving has never been public.

Fine. That’s his right as an American citizen. They do a lot of good with their money.

They also were the main out of state financial force behind Prop. 8. Our state Supreme Court in California determined there was no constitutional impediment to marrying someone of the same sex, and for a short while thousands of couples were able to marry who had not been able to before. 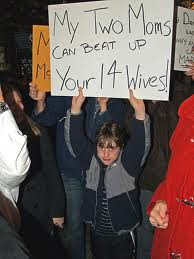 We in California had to sit here and watch money spill in like a tsunami from the coffers of Mormon churches in Utah. Over two and a half million dollars, 71% of which went to support for Prop. 8. They weren’t the only people buying lies. The Knights of Columbus did their share for the homophobic Catholic Church. But when you consider Utah's population...

According to Romney, “Mormon church authority is limited to the province of church affairs, and it ends where the affairs of the nation begin.”

This money went into influencing a referendum. 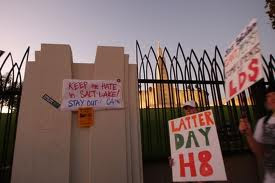 Into a fear campaign to sway an election that resulted in the loss of civil rights granted to a people two states away by their Supreme Court.

Newt Gingrich went over the line recently with that Bain Capital video. He got lots of facts wrong. Bain did some good by shutting down some tired old companies and freeing up money for new ones. But the part about lost jobs was true. And so was the astonishing amount of profits that would have gone to workers but now goes to shareholders. 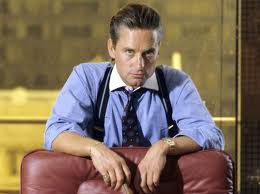 You’ll have to forgive the fantasy. I see these dollar bills that might have gone to a worker in one of the plants Romney closed down but go to Romney in profits for his accomplishment. Which then go into the Mormon Church. Which then buys time in the media in the battle to prevent gays from marrying.

Not as bad as going into bombs to drop on a third world country. Not as bad as money in the Mafia’s pocket, perhaps. But money that passes through Christian hands that comes from taking away a person’s job and ends up taking away another person’s civil rights.

And we actually have to sit and listen to the voice of Romney on the evening news tell us the province of his church ends where the affairs of the nation begin, and not throw a rock through the TV.