Missing the Woods for the Trees in Iowa 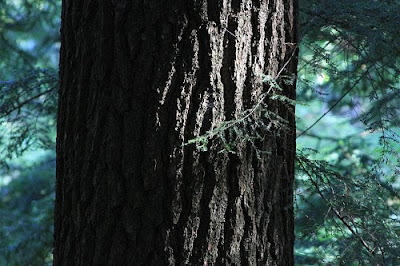 The Iowa caucuses seem to have nothing to do with winners. They don’t tell you who’s going to win the next presidential election, or even who’s going to run. They only tell you who the biggest losers are in the campaign to date, including the ones God told to run. Michele Bachmann went down the chute and most Americans are happy to see her go. Ditto the pizza man and that execution-happy governor of Texas.

If you stand far enough away from this rumble you can make the claim that this is democracy in action. There’s something truly appealing about watching folk sit around in diners looking presidential candidates in the eye and smelling their perfume and seeing the dandruff on their shoulders. One of my two favorite moments was watching Romney face what looked like a redneck who turned out to be a gay ex-serviceman who wanted to know why even though he risked his life for his country his legal spouse was not entitled to medical or burial benefits. The other was watching Michele Bachmann face the kid who wanted to tell her that his lesbian moms “didn’t need to be fixed,” even though I think the mom who put the kid up to it should be ashamed of herself.

If this was the whole story of the system of caucusing, it would make sense to crow, as I heard somebody do this morning, “Can you imagine this happening in Syria?”

No, of course, this kind of thing doesn’t happen in Syria, but who says Syria is what anybody should measure democracy by?

I’d like to think that the bright-eyed optimists who haven’t figured out yet that American democracy is on the rocks are right, and that the kind of free-for-all we have just witnessed in Iowa is a sign of the health of our democracy, and not of its corruption. After all, freedom of speech is tested when the most loathsome opinions are expressed aloud, not when current wisdom is asserted in a room full of nodding heads. Iowans who are white and fearful of blacks, evangelical and unused to critical thinking, straight and unable to distinguish between gays and child molesters have had their day. That’s all. It’s not the end of the world, or even of democracy.

The already bad taste in my mouth from watching the caucuses the past few months crossed into fully spit-worthy last night when I tuned into two of the very few news programs I normally consider worth watching on television anymore, the PBS News Hour and Charlie Rose. I squirmed through both of them last night. Charlie Rose devoted half of his program to the Iowa Caucuses; the PBS News Hour blew their entire hour.

And on what? On the likes of Newt Gingrich, Ron Paul, Mitt Romney and Rick Santorum. Gingrich, the guy who would outdo Nixon as imperial president and shut down the Supreme Court. Mitt Romney, the guy who never took a position he couldn’t surrender when the winds changed. Ron Paul, the racist, homophobic, Christian Reconstructionist whose view of the role of government would have black Americans still living segregated from whites. As for Santorum…

Charlie Rose had several of his “usual suspects” on last night – Al Hunt, Rich Lowry, Joe Klein and Mark Halperin – people with an encyclopedic knowledge of the American political scene who can tell you who ran for Senate from South Carolina in 1968 and draw parallels in Iowa between Santorum this time and Huckabee four years ago. You sit, listen and learn on Charlie Rose.

Or so I always told myself. But what did I learn last night from Joe Klein, of Time Magazine? I learned that Santorum is “an honorable man who sometimes says dishonorable things.”

An honorable man? Really? Have we sunk this low, that honorable (“principled” is another word many slap onto Santorum) means nothing more than consistent?

Santorum, this dodo who blamed the exposure of the priest abuse problem on the fact that Boston was a liberal city, would use the power of the presidency to dissolve all gay marriages in the nation. He’d allow the states to make birth control illegal. He thinks the sickest people should pay the highest insurance premiums. He would lead the party of small government to look a teenage girl in the eye who was raped and impregnated by her father and tell her that the laws of her country required her to carry that baby and give birth to it. Are these just things that Santorum says?

These guys sat around tables, both at the PBS News Hour and on Charlie Rose last night without once mentioning that Americans were within shouting range of having this creep Santorum subject them to a religious ideology so alien to their own physical and psychological well-being that for some it would actually constitute torture.

On and on they went, describing the trees, never once seeing the woods.

I suppose I ought to console myself with the idea that if they didn’t stop to consider the misery Santorum could visit on the lives of gays and women, they also didn’t consider that this whole pornographic adventure in Iowa means nothing, in the end, anyway. All much ado about nothing. A media one-ring circus without even make-believe elephants. Santorum polls no more than 4% nationally among Catholics. Only 3% among Republicans. He has all the weight of a fart in a whirlwind.

Not that you’d get that from listening to the pundits last night.

So much for the top of the line in media coverage of American democracy.