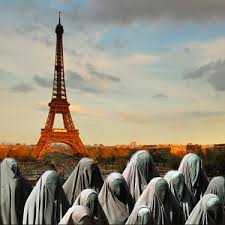 So much about American democracy needs fixing.  The planet’s burning up,  and we can’t fix it because we dance to the tune of Exxon, Shell, ConocoPhillips, Chevron and BP.  90% of Americans are in favor of greater gun control and 60% of the Senate votes against.  The media are full of evidence that American democracy is in shambles, and everybody I know has victim fatigue.  Many of my friends tell me they don’t read my downer diatribes anymore.  If you’re going to write, send more music and doggie pictures, they tell me.

Solutions are elusive because the issues are complex.  We don’t want to give up our cars, and Republicans get a lot of mileage out of scaring people about rising gas prices.  The people of Wyoming get the same representation in the Senate as the people of California do, even though we outnumber them 66 to 1.  So while it makes sense for Dick Cheney to go hunting in Medicine Bow, Wyoming, Dianne Feinstein normally doesn’t carry a gun when she goes to Oakland, California.  He speaks of “the rights of law-abiding citizens” to carry guns. She knows how many kids die on the streets of Oakland.  We see things differently, depending on where we come from.

I tried all week to avoid the misery that came out of Boston, but there was no escaping it.  It was top news around the world for a while.  My first encounter with the story came following the Huffington Post coverage, when I found myself getting terribly frustrated by one of the first sources I normally turn to.  They were going on and on about “the suspect’s whereabouts.”  I had tuned in on the chase, so this is perhaps excusable, but I wanted to know why these two young brothers were suspects.  It took me forever to get the story, and in the meantime I was listening to interviews with their mother and father who claimed they were set up.  Considering how common it is to hear of overzealous police and prosecutors, one has to wonder.

I am satisfied, now that it has come out these guys shot and killed some of their pursuers and that they hijacked a car and apparently confessed to its driver that they were indeed the Marathon killers, that “suspects” did in fact mean “killers” in this case.  But it still bothers me that the two words are now apparently used interchangeably by so many people so much of the time.

The whole story went on that way, mixing good news with ugly suspicions.  I was happy to see people burst into applause as the cops drove through Watertown in a kind of victory lap after the capture.  They put their lives at risk and deserved such happy recognition.  But what ruined the scene was the thuggish people shouting U-S-A!  U-S-A! and pumping their fists, suggesting we had just gone to war and won against enemies who had threatened us.

It’s the whole thing about war.   Some Saudi Islamicists bomb the Twin Towers and we manufacture lies to justify an invasion of Iraq.  Most Americans still today accept that as perhaps a mistake, in retrospect, but no big deal.  A political error.  Out of our hands.

Excesses from the liberation movements of the sixties leave us with a serious drug problem.  Nixon has the opportunity to declare a medical emergency and to identify the addicts as victims.  Instead, he creates "pushers" and "users" as enemies in a “War on Drugs.”   For a history of that folly, see Dan Baum’s Smoke and Mirrors.

Tamerlan Tsarnaev is now dead.  His little brother, Dzhokhar, is in the hospital in critical condition.  After killing four people at the Boston Marathon and injuring 170, they ran into the great American war machine – a thousand FBI agents, many thousands of SWAT officers, all aided by the fact that everybody and everything is filmed these days, and they were tracked down in very short order.  They contributed to their own demise, by admitting they were the Marathon killers to that guy whose car they hijacked, but mostly it was modern-day sleuthing that got them.  A story with a happy ending.  Really.

I know there’s probably no way to keep this from being defined as a terrorist act.  It was exactly that.  The problem is, once it is so labeled it gets to be part of the “war” on terrorism.  That war on an abstract notion, as opposed to a tracking down and punishing of individuals with brains fried with hatred at real and perceived wrongs done to their religion.

Lindsey Graham, John McCain, Kelly Ayotte and Peter King, the Muslim-hater, Republicans all, are all over this, wanting to make sure young Dzhokhar doesn’t get any legal protection.  No Miranda rights, say our fearless leaders.  Enemy combatant.  Guantanamo for this guy.  Oops, can’t do that, he’s an American citizen.  No matter.  Enemy.  Enemy.  Enemy.  No rights.

We’re at war, you see.  We don’t need no stinkin’ badges.  No stinkin’ rights.  We can withhold Miranda.  Alan Dershowitz, by the way, is suggesting that decision may bite them in the ass if they want to apply the death penalty.  Dzokhar’s defense lawyer can argue you can withhold Miranda only if there is a clear and present danger and an urgent need to get more information out of the prisoner.  The police had announced they got the guys and the danger was over.  Careless, this is.  All because we need to act like gang busters all the time.  Start with the Big Berthas, bypass the normal procedures.  Go to red alert.  Go to war.

Look at this story.  Two boys from Central Asia, from the Caucasus.  Chechens running from the War in Chechnya with their mother and father.  They come make a home in Boston, where most of America’s Chechens live, I understand.  They grow up here.  Speak English natively.  They are Americans.  Immigrants, like so many of us, but Americans.

Something goes wrong.  They get caught up in religious fanaticism.  Tamarlan does, at any rate.  We don’t know how much independent thinking went on on Dzhokhar’s part.  He seems to have been following the tribal value of following his big brother, not the more common American value of being your own man.  We will have to wait and see if he speaks and if he can tell his story.  At the moment, the injuries to his throat suggest this may be a long way off.  He’s been charged with use of a “weapon of mass destruction” – you know, like the weapons the Americans used in Iraq – for which he could get the death penalty.

Bottom line here, for me, is that with our clumsy American ways, our bull in the China shop tendency to panic, to shut down the city – effective as it was – to call every conflict a war, thereby laying the ground for military solutions – we’re always going to be destructive instead of smart.

The French sociologist, Olivier Roy, has made the case several times over that France’s problems (and this would apply elsewhere in Europe, as well) with politicized Islamic movements are as much home-grown as they are rooted in terrorism generated abroad.  Young people of Muslim heritage get caught between the religion and ethnic identities of their parents on the one hand, and the outsider label in France, the only home they’ve ever known.  While women in Muslim countries fight to take off the hijab, many French Muslim girls go against their mothers’ wishes and put it on.  I suspect something like this is going on in the case of the Tsarnaev boys.  Just a guess, of course, since my knowledge is limited to my attempts to read between the lines in all the news reports.

But one thing seems clear.  The information-challenged right wingers who want to blame immigrants, or Islam, or some other “other” are wrong.  There may be reason to fear terrorist groups in Pakistan or Yemen or wherever we drop bombs from drones.  But that’s not the whole story, by any means.

You can call this 19-year old Muslim boy named Dzokhar, lying in critical condition in a Jewish hospital, a terrorist if you want.  You’d be technically correct.  But don’t miss the fact that he’s also a boy.  That his horizons up till now have been limited.  That he grew up mostly in Boston and formed his view of the world in large part by what he was exposed to in the United States.  It will be relatively easy to try him, find him guilty, and execute him.  But if you want to understand him, don’t lay the blame on Islam.  Look for answers in the struggle young people go through looking for identity and getting caught in the cracks, being too much exposed to America’s killer side and not enough exposed to its idealism.  Overwhelmed by the challenge to make sense of the fight between tradition and modernity.

I used to say I was little more than the last book I read.  Susceptibility to fads and to any given zeitgeist is part of the rapids kids have to swim in their teens and twenties.  Dzokhar, I’m convinced, got caught on the rocks.

We could take any number of paths from here on.  We could try to understand him and educate ourselves about what thousands of young people all over the world are facing in this struggle with modernity.  Or we could do what we are far more likely to do.  Listen to politicians who will whip us up and make us cry for blood, because it will get them votes.

I wish things were otherwise.