One thing usually leads to another 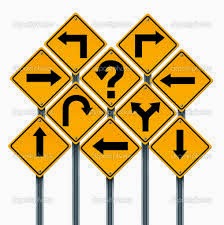 My version of Zeno's theory is something I like to call movementiasis, the inability to get where you're going because of one distraction after another.   I discovered years ago that I’m one of those people who can’t get anything much done because before I finish one task, I tend to start another.  I've got four or five books going at any given time.  I can't read the Sunday papers anymore because halfway through one article I begin to wonder what else is out there to read.

I do get out the door eventually, but not before vacuuming the house or straightening my sock drawer, usually.

I was reading the news this morning when I came across a word I didn't know, so I decided to stop and look it up.  Don't ask me how I ended up with a commentary on Luther's Small Catechism entitled Fülle des Lebens (The Fullness of Life) by a theologian named  Klaus Schwarzwäller.  I just did.  Then I found this thing called a necrologue from which I learned that Prof. Dr. S. died at the age of 77 on December 11, 2012.  I was further informed that there is a separate necrologue for animals.

Anyway, in the sample reading of Fullness of Life provided, I came across this sentence:

I know it's unseemly to speak ill of the dead, and I certainly would not want to cast aspersions on Herr Prof. Dr. S. and what for all I know might have been a stellar career as a theologian, but this sentence gives new meaning to the concept of turgidity.

My first thought was I need to run this through Google Translate.

Because testify him as true God called him to be the state that is not just rises in the sediment and clutter and bustle of our world, even if he quite in here came to pass, the contrary to all that is vorfindlich, in time, of man-made or found on facing - independent, in available power, as Lord.

When that didn’t work, I set about doing a gloss of each individual word.

Denn ihn als wahren Gott aussagen heißt ihn als   den aussagen,      der im
For    him as  true    God  to testify means him as the one to testify,  who in the

And that, I suspected, not only did not move me forward, or arguably even sideways; it actually seemed to move me backwards.

So I did what you often have to do when confronted with badly written language.  You swim in it for a while, hoping that somehow you might grog the meaning through your pores.

After a brief time, here’s what I came up with:

To testify that he is the true God means to declare that, for all that he was of the here and now, he stands, independently, as Lord, with the power to dispose, in opposition to the hustle and bustle of our world, to all that is at hand and transitory, made or established by man.

Don't ask me what it means.  I just work here, kind of.  That version at least flows somewhat better in English, but I have little confidence I have come up with the best way of doing justice to Schwarzwäller’s original.  If you can do better, by all means clue me in.  I have no illusions about my translation skills, and will not be offended by corrections or other suggestions.

I could, of course, take it to one of those sites translators use to share their translation problems with other translators.  But that strikes me as cheating, somehow.  Sort of like asking for directions when you are lost.   I try to avoid people who do that.

Next steps?  I could order Fülle des Lebens from Amazon.  Perhaps if I read the entire book, the context would help me with the translation.  There are copies available in the United States in the $80-100 price range.   But I don't want to read the book.

I could ruminate on why Luther was such an anti-Semite, and go back and read the parts of his writing where he urges people to drive the Jews out of town and burn down their houses.  But that, too, is a distraction I’ve done before and don’t need to repeat, particularly.

I’ve forgotten now how I got into this.  Looking something up, no doubt, and getting distracted.

I read in  Schwarzwäller’s obituary, by the way, that in lieu of flowers he wanted people to contribute to "Bread for the World."   While the good Professor Dr. Schwarzwäller may have made sausage of the German language, it appears he was a mensch.

And speaking of sausage, did you hear about the gender-f*ck transvestite named Thomas Neuwirth, from Austria, who just won the Eurovision Song Contest?  Her stage name is Conchita Wurst.

Wurst is German for sausage, as you know.

But did you also know that Conchita is Spanish for “little cu*t”?

Russia, Ukraine, Belarus all tried to keep her out of the competition, but the West won out.

And she goes and wins!

I remember how embarrassed I was forty-five years ago now, when a bunch of drag queens poured out of the Stonewall Inn, on Christopher Street in New York, and set off the modern gay rights movement around the world.  (What we call “Gay Pride” they call “Christopher Street Day” in Berlin, for example.)  I still felt at the time that we needed to “pass for straight” in order to make any progress.  Can’t believe how much has happened since those early days and how my views, like President Obama's, have evolved.

It’s not all forward movement, of course.  Here in the U.S. we still have Sarah Palin, the one-heartbeat-from-the-presidency idiot John McCain chose as his running mate, addressing the NRA Convention in Indianapolis attended by 70,000 people and telling them if she were running the country she would “baptize” terrorists with water-boarding.  No kidding.  That really happened.

But at least in Europe, Catholic Austria has put forward as its candidate for one of the largest singing contests in the world, a drag queen named “Little C*nt Hot Dog,” and my sense of despair for the human race has been held at bay for another day.