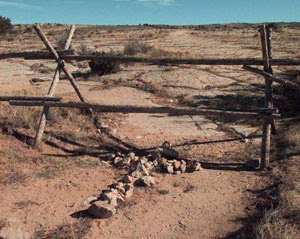 On this day in history…

Rosa Parks refused to give up her seat on a bus in Montgomery, Alabama (1955), Ford introduced the Assembly Line (1913), Churchill, Roosevelt and Stalin met together for the first time (1943), Papua New Guinea gained independence from Australia (1973), construction workers drilled through the final wall in the Chunnel, linking Britain and France (1990), Ukraine voted for independence from the Soviet Union (1991), the Archdiocese of Los Angeles settled sex abuse claims for forty-five of its cases pending for $60 million in 2006. That left five hundred cases still outstanding. And on December 1st in 2008 Hillary Clinton was nominated Secretary of State and Venice was flooded.

On this day in 1935, Allen Stewart Konigsberg was born. He later called himself Woody Allen. Today is also the birthday of Bette Midler, Treat Williams and Sarah Silverman and the death day of Ben Gurion. On this day in 1963, the Beatles’ first single, “I want to hold your hand” was released in the United States. In 1913 the Buenos Aires subway started operations, and in 1918 Transylvania united with Romania, following the incorporation of Bessarabia and Bukovina, creating the modern nation that today celebrates its National Day. Happy Birthday, Romania.

Today is Freedom and Democracy Day in Chad, Fullveldisdagurinn (Self-Governance Day) in Iceland, Teacher’s Day in Panama, Women’s Day in Bahrain and World AIDS day all over the world. Today in 2004 Tom Brokaw signed off for the last time as anchor of the NBC Nightly News.

But for me this is a day for remembering Matthew Shepard. He was born on this day in 1976 and would be 35 years old today if he had not been beaten to a bloody pulp, tied to a fence outside Laramie, Wyoming two months before his 22nd birthday and left to die, because he was gay. His killers, Russell Arthur Henderson and Aaron James McKinney, tried first to use the “gay panic” defense – the argument that one is driven to temporary insanity by unwanted gay sexual advances, but ended up claiming it was a robbery gone wrong. Never mind the logic of robbing somebody by leaving him to die on a fence overnight.

We haven't forgotten you.

Mathews' Mother was speaking at someplace in Wisconsin when I met she. She was a demure woman, kind in her manner and very true to her purpose: to tell people about her Son, everything about him - his love for life and the feeling that although it did happen, it didn't need to. We talked for just a few minutes quietly in the ahll way,no interuption, but I went away, after a warm sincere hug. I had been changed, I told the momet I saw the fence and heard about Matt's death I was broken inside. I cried as though he were my own brother - not just in name, but flesh and blood. My kid-brother had been murdered. I could not contain the emotions that went with the understanding. I won't go into it any further. I met her and she made me a person who is now not afraid to say, well, anything. I am sorry lessons must be learned at the exspense of someone else's life. But here we are..wiser and more aware of the love we each must be prepared to share with another. Happy Birthday, Matthew! Love you! G