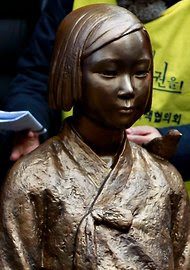 For most of my eighteen years as a professor in Japan I taught graduate and undergraduate seminars on culture theory. My focus was on cultures in contact, since my seminar students were largely kikokushijo – students who had lived abroad for many years, many of them taking on non-Japanese identity to some degree and in some cases even losing their proficiency in Japanese as their first language.

I consider it a gift from the gods that my view of Japan and Japanese was largely colored by this experience working with people struggling to find a both/and understanding of personal identity against a still prevalent Japanese view that the more “foreign” ways you pick up the more you betray your Japanese roots.

Japan became my home. If I needed to, I could still go back and live out my life there, so rooted did I become over those many years of life among the sushi-eaters, teeth-suckers, and smiling folk of such extraordinary kindness and generosity. I have a love of Japan that will never die. It breaks my heart that I am going to have to surrender my permanent residence card one day soon, because I have chosen to stay permanently in my home in California.

So please put what I am going to say in that larger context. Just as Michele Bachmann, Newt Gingrich, Rush Limbaugh and Glenn Beck do not represent the United States of America, the right wing of Japan, which is overrepresented in the Japanese government, is not Japan. At the same time, just as I feel shame to be an American each time I hear the word Guantánamo, or think of the latest defense bill which, if Obama signs it, will make it legal for American citizens to be detained without trial indefinitely – just as I feel shame at times like this, I feel shame at Japan’s inability to recognize the misery it inflicted on its Asian neighbors in World War II. And just as the pope is not the Catholic Church, the jingoist invaders of Iraq are not the United States and Japanese war revisionists are not Japan, these people are speaking in an official capacity, and as long as they do, the people in whose name they speak must bear some shame.

I was recently discussing the inevitable comparisons one finds oneself making between the Japanese and the Germans in processing the dark side of their 20th Century history. De-nazification was not a total success, as recent events in Germany reveal, but the Germans can boast of having at least one post-war chancellor whose actions spoke volumes about the change in Germany since the war. Willi Brandt fell on his knees, overwhelmed with emotion, at the monument to the Warsaw ghetto one day, a gesture, whether planned or spontaneous, that did much to persuade Germany’s neighbors that this was a new Germany. I spoke to a Jew once who told me it was that moment that made it possible to return to Germany to live, and enjoy at last the full benefits of his German cultural home. Where, I have to ask, is the Japanese analogue?

Compare the Kniefall (falling on one’s knees), for example, with the ongoing battle in Korea and China for recognition of the Japanese policy of sexual slavery. An article in this morning’s New York Times, about a monument in Seoul to the women who were enslaved during the war to provide sexual services to Japanese occupiers of their country reveals that this ugly wound still bleeds right up to the present moment.

In Japan, almost invariably, these women are referred to as “Comfort Women,” an insidious euphemism which to this day frames the issue from the viewpoint of the rapist invaders. Even among my sophisticated and enlightened students and colleagues, my use of the term “sex slaves” was considered inflammatory. “That’s not the word we use,” one colleage reminded me with a smile. “We call them (military) ‘Comfort Women (従軍) 慰安婦 (jūgun) -ianfu.’” When I asked him what word he thought the women involved would use, he seemed generally perplexed. “We see things from the Japanese perspective,” he responded. “Do no Japanese see things from the Korean women’s perspective?” I asked him. He said he hadn’t thought about that before, so universal is this term in the Japanese media.

The Koreans have been struggling since 1945 to get the Japanese to recognize the harm done to these women. The official Japanese line to this day is that a) it was wartime (and therefore different rules should apply); b) the motives were good (to prevent rape and the venereal disease that comes from unsupervised prostitution); c) it was a lesser evil than to have randy soldiers get restless and lose focus on the war effort. Never mind that it was systematic rape of an occupied people, and that women were actually taken from their homes kicking and screaming in front of helpless family members.

Official documents presented at the Tokyo War Crimes Trial revealed that in some cases the daughters of Korean dissidents were especially selected for “comfort duties.” Three-quarters of these women died and most of those who survived became infertile due to sexually transmitted diseases or sexual trauma. Some were raped thirty times a day, seven days a week, and beaten in between sex sessions.

For years after the war, Koreans considered the fact of sexual slavery too shameful to broadcast, and a code of silence prevailed. As time went on, though, women began to come forward and demand recognition and restitution. The Japanese response was to deny sexual slavery ever took place and insist these were illegitimate demands for money from a now rich nation. As recently as 2006, Shinzo Abe, Prime Minister from 2006 to 2007, denied there ever was such a thing as sex slavery during the war and insisted South Korean criticism of the lack of mention of sexual slavery in Japanese history textbooks was “foreign interference in Japanese domestic affairs.”

In recent years Koreans have kept up the pressure for an official apology and restitution. Two days ago, they erected a statue of a young girl across the street from the Japanese Embassy as a means of keeping the issue alive.

The Japanese just don’t get it. They finally caved, in 1995, and agreed to set up a billion dollar fund to pay victims still alive. At that time, the number was 234, and this figure would appear to be extraordinarily generous. The women turned it down because the money was to come from private sources. They wanted official recognition, and clearly an apology meant more than money. Today only 63 remain. And the Japanese response?

Chief cabinet secretary Osamu Fujimura called the installation of the statue “extremely regrettable” and said that his government would ask that it be removed.