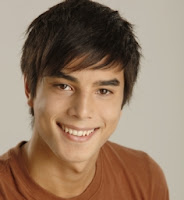 A friend sent me a very touching set of photos in an e-mail a while ago.  It featured a man jumping into some pretty cold water to rescue a dog who had been blown off a pier into the ocean.  (See if I take my dogs for a walk in a storm.)  One of those viral things.  I was so taken by it that I failed to consider it might be one of those urban legend things.

Have a look at them - I've included them at the end.  They were taken by a newspaper reporter of this guy we are told was a German tourist.  The viral thing didn't identify the location – and that is the kind of thing that should have warned me it was probably bogus.  Turns out it was bogus, but because the dog was the size of my two little “jack cheese” (chihuahua/Jack Russell terriers), whom I love more than the teeth in my mouth and the last remaining hairs on my head, I was a total sucker for the sentiment attached.  Not only that, the dog looked just like Sophia, who came to visit a couple weeks ago, with her adoptive parents in tow, friends of mine from Japan days.

In the viral version I got, the whole thing ended with a dorky joke involving a German accent:

Due to his selfless heroic act, I ASKED, "ARE YOU A VET?"

making the German accent (and a bad imitation of one, at that) the point of the whole thing, instead of the beauty of the rescue.

This is probably the 200th time I’ve been suckered in by urban legends and other online misrepresentations, and passed them on to friends, so I probably ought to be ashamed of myself.   I did begin to feel a little sheepish when one astute friend wrote back with the comment, “Doesn’t look like a German.  Looks more like a Japanese!”

So I went searching.  It took only a couple google searches to discover that the actual event took place in Brighton Beach, near Melbourne, in Australia, and that the rescuer was not German, but Australian of Indonesian background.  And in the process, another question got answered.  How come the guy looks so good in his underwear?  (I mentioned that in passing when I suggested maybe some underwear manufacturer ought to make an ad out of this.)  Turns out he’s a twenty-year old named Raden Soemawinata and he’s a model.

The dog is a Maltese/Shitsu named Bibi, by the way – not that far from my girl, Bubu, and I’ve decided the gods have decided I am in need of a good day.

This story made my day.  So no apologies.  Instead, a nod of appreciation to the gods.  “I am grateful for your many kindnesses,” I want to say to them, to use that phrase I heard in Japan a lot.  Like having a model at the ready who had no trouble taking off his pants and jumping around in his underwear.  And being one of those people who actually listens to grandmother's advice never to go out except in clean underwear - "because you never know...."

Raden, it turns out, was at the pier scattering his grandmother’s ashes, when those same gods decided to throw him a little challenge.  He accepted it, and it looks like he’s having a bit of fame.  Somebody, it appears, even wants to make a movie out of the rescue, if I’m not mistaken.  Apparently nothing is sacred.

Hope it doesn’t go to your head, Raden.

But you done good, as a friend of mine likes to say.

Or, good on ya! – as I believe they say where you come from.

My girls and I are eternally in your debt.

Don't know where to credit the pictures.  They are in a great many places by now.  If you go to Google images, they'll all pop up.  The real credit should go to the photographer at the Melbourne Herald Sun, but on the UK's Daily Mail website featuring the story the copyright holder is indicated as Newspix/Rex Features.  I trust, given their ubiquity, this attribution is adequate.

And if you want to join Raden's fan club, he has a facebook page, of course...

Note to Alan, from Alan:

Love it that you're such a blubberhead these days. But since you are susceptible to urban legends - even though this is not one - do take note that this all happened three years ago, and is making the rounds - urban legend-like - probably because of that dimwit German accent joke.

Raden Soemawinata seems like a Javanese name, is he a half Indonesian? in Java, 'Raden' should only be used by the royal line