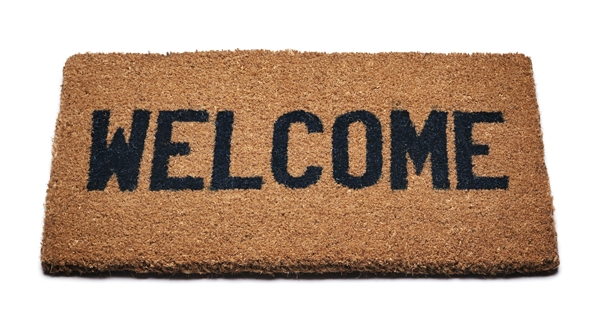 It’s still sinking in.  It almost went past me, at first, this reference to Seneca Falls, Selma and Stonewall.   Only when I heard Obama say the sentence, “Our journey is not complete until our gay brothers and sisters are treated like anyone else under the law - for if we are truly created equal, then surely the love we commit to one another must be equal as well,” did it hit me.  “Did he say Stonewall?”  Did he really say Stonewall?

He did say Stonewall.  And he put Stonewall up against a reference to the Seneca Falls Convention, the event in 1848 we have come to see as the first great step towards women’s equality in America.  And Selma, where the world got to see what white supremacist government-sponsored racism looks like up close.  That was in 1965, when the police turned fire hoses on a peaceful march for black civil rights at the Edmund Pettis Bridge, and a critical mass of white Americans finally got it,  turned a corner and never went back.   The Stonewall Riots, similarly, are considered by most LGBT people to be the beginning of the first serious gay liberation movement in the United States, and most of the Western World, actually.   This was the first time these three iconic civil rights movements were put together in such a dramatic fashion.

Detractors are pedaling as fast as they can to downplay the occasion.   Republican Congressman Kevin Brady from Texas complained, “I did not hear the president commit to working with Republicans,” apparently oblivious to the Republican decision to oppose Obama at every turn, even when he comes around to supporting their causes.  Others complained the speech sounded more like a political campaign speech or that it was somehow just more of the same-old same-old.

It blows your mind just how completely this historical turning point went right over their boney heads.  This was a great take-back speech, when the president spoke to the nation and announced that the Reagan era was no more.  The old-boy rich men’s club is still big and strong.  But people have cottoned to the fact that governmental deregulation for the benefit of Wall Street and the notion of trickle-down is being asked to step aside.  That this may be a plutocracy, and corporations may be people, but the seeds of change have been sown.

Not to be missed was an open call for attention to environmental issues.  This was quickly labeled “environmental extremism” of course by Tim Phillips, the Koch brothers-funded Americans for Prosperity organization that speaks for the oil industry.

Republicans snubbed Latinos in this last election and they ended up voting 71% for Obama, compared to 27% for Romney.   And we all remember the “English Only” movement, the attempts to classify illegal aliens as criminals, the cries for a Berlin wall to keep Mexicans out – ironic, now that Mexican immigration has stopped and may even have been reversed.   At the inauguration, there was Supreme Court Justice Sotomayor swearing in Joe Biden as VP.  And there was our fifth poet laureate, Richard Blanco, a gay man born in Spain and brought to the U.S. by his Cuban parents where he grew up in Miami.  Reading his poem for the occasion on the theme of national unity.   Go ahead gay America, Latino America, and a whole bunch of you others in America, I dare you not to bawl like a baby.

Incidentally, for me this gift keeps on giving.  Today I got to watch my favorite gay media person, Anderson Cooper, interview my favorite gay poet laureate, Richard Blanco, and I had to pinch myself to see if it’s the same me experiencing all this as the me who not so long ago wrote letters to Obama telling him to  “evolve already!”  The same me who also had to evolve on the topic of gay rights.  I live in my head with some awful memories, way back before Stonewall, of the time when I was in college and caused one of my two closest friends no end of grief by telling him I had overcome my gay tendencies and he could too.  He should start by telling his mother and by getting the chaplain to help him find his way.

And I can just as easily go back before that to high school, when so many of my wonderful teachers were what we then called “old maids,” including the one we called Hepzibah, after Hepzibah Pyncheon, the lonely character in The House of Seven Gables, with whom she clearly identified.  And for whom I have named my blog.   We used to laugh in terrible teenager cruelty at her loneliness, her apartness, and the fact that she took refuge in literature, because nobody thought it was worth their while to dissuade us from laughing at this group of women we can now assume consisted in very large part of lesbians too cowed by homophobia to admit, even to themselves, who and what they were.

I see in today’s paper that the British have made a move to handle the possibility that an heir to the British throne might turn out to be gay, and they want to be ready for it.     That’s progress.

Rick Warren and other U.S. evangelicals responsible for the move in Uganda to criminalize homosexuality up to and including the death penalty, are backing off, tripping all over themselves trying to prove that was never their intention (when some sort of witch hunt clearly was).   Go to the Rachel Maddow site and click on “Uganda be kidding” in the left column for the whole story.  That’s progress, too.   It Gets Better.

It’s all still so fresh, though.  Don’t Ask/Don’t Tell was only rescinded in 2010 and we’re still nervously waiting to hear how the Supremes will pronounce on Prop. 8 and on DOMA.  Nine countries have gotten rid of all discrimination against its LGBT citizens, but we know the United States is not yet among them.

But yesterday was a day of hope and pride, a giant leap closer to a time when this accident of nature, this fork in the road in the brain, this gift of the gods,  or whatever the hell homosexuality is, is no longer defined the way the fearful religionists would have us define it, as something to be put down, wiped out, wished away.  We’ve come a long long way.

We’re not yet able to take dignity for granted.  But that skinny wonderful man from Hawaii with a Muslim hero’s name that some people believe was born in Kenya got up yesterday in front of all the world and made us feel welcome here in our own country.

Not too shabby, as days go.