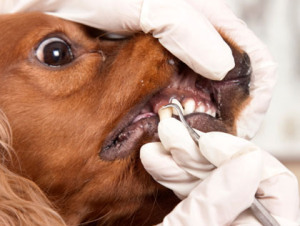 I remember a time when a colleague said to me, “You’re incredible.  Here it is 5 o’clock and you’re starting up another project for the day.  Don’t you ever stop?”

“It’s work.  When you’re at work, you work,” I said, not knowing whether to say thank you for the compliment or shame on you for being such a lazy-ass.  It was true.  I always got a second wind in the afternoon and could go full steam till the end of the workday, when I’d go shopping, get dinner on the table and go out and dance all night.

Something like that.  I wouldn’t place any bets on an accurate memory at work here.

Contrast that to this morning.  I get up at 8, drag myself into the bathroom to shower and shave, haul myself up the street to the closest bus stop and sit down.  I’m tired from the one block walk and don’t want to walk three blocks more to the express bus stop.  I watch two express busses go by and feel myself getting tense about making my dental appointment at 10:00.  It’s my first time with the new dentist, and I don't want to get off on the wrong foot.

The bus moves fast and I'm early.  And she’s late about ten minutes.  I’m fine with that and all wrapped up in Hannah Arendt’s speculations about the early 18th Century enlightenment philosopher Gottfried Lessing.  Not your normal bus and dental waiting room reading, but I’m on a high with Arendt.

I put Lessing down and climb into the dentist’s chair where I undergo the most excruciating torture I’ve experienced in years.  I wince and I try to be a man and not groan as she pokes and probes and scratches and scrapes and I have this vision my mouth will gush forth blood and I will be sore for weeks.

“That was the worst time I’ve spent in a dentist’s chair in years,” I say to her once I'm up out of the chair and can make a run for it if I have to.  “Is that because you’ve just given me a deeper cleaning than I’m used to?  Is this the way it’s always supposed to be?”

She mumbles some stuff about how she wants to do a good job and I don’t want to be unfair.  “It’s not a criticism,” I say.  “It’s an intellectual question.  How do you know when you’re getting a good teeth cleaning?”

I’m reminded of the two dental hygienists that have cleaned my teeth the past thirty years.  Linda, in Palo Alto.  Loved going into her dental hygienist chair.  Good conversation.  Lot’s of things in common, including watching each other grow old over the years.  Then I decided I just couldn’t travel to Palo Alto each time and found a place in San Francisco where this totally delightful Brazilian woman did my teeth, apologizing for every hint of roughness, and stopping to share doggie stories.  Two lovely people who struck me as very professional and very capable.  I mean really.  I actually enjoyed going for a teeth cleaning.

Don’t know if I’ll go back to Nurse Ratchet.  This dentist is a one-person office and she does her own cleaning.  Came recommended.

I took the bus back to the garage where my car was getting new brake pads.  It wasn’t ready, so I walked home and waited till it was, harnessed the dogs and walked the ten minutes back again.

And here it is now, 2 o’clock in the afternoon and I’m feeling absolutely exhausted.  Time for a long nap.  Till five, maybe, and I doubt a second wind is in the offing.

Two bus trips, an hour in a torture chamber, four ten-minute walks, and I’ve more than put in a day’s work.  Don’t know if the nap will reenergize me.

If it does, I won’t be starting a new work project, in any case.  I’ll be going back to binge-watching Breaking Bad.  I’m half way through the third season now.  After I finish that, I’m starting on Season 1: Part 1 of Eli Stone.  Before Breaking Bad I watched The Good Wife, and before that it was Big Love, and before that it was Dexter.  And before that it was Kelsey Grammer in Boss, and before that it was Season 1 of Homeland.  Back in 2011 it was The Big C and In Treatment and in 2010 it was Mad Men.  I’ve been bingeing for some years now.  There’s more.  There’s the Danish political saga, Borgen, and the Netflix-produced series especially designed for series-bingers like me, House of Cards, and Orange is the New Black, which are up there with the best of them.  Couldn’t get into Arrested Development.

That second wind I used to get?  I get it now at 3 in the morning when I've been binge-watching for six hours and I calculate I can get one more in before calling it a day.  I've still got the stamina.  But it's channeled into couch potato activity.

Not sure when I’m going to find the time to get back to Arendt’s analysis of Lessing.

This brief respite from the tube to reflect on the idea that thought might be a kind of action has been interesting.  So has considering whether pain is a marker of quality teeth-cleaning.  And whether binge-watching provides a perspective you can't get with less intensive engagement with the soaps.  So has returning to the moral issue of whether the most moral kind of behavior is actions out of commitment to principle and to universal human rights as opposed to self-interest or interest in such things as advancing members of your tribe, a question which Breaking Bad forces you to consider.

Part of the thought vs. action dilemma is the question of whether getting old and tired makes you intellectually lazy.  And whether binge-watching is a reflection of laziness.  Or whether the bingeing actually intensifies the experience and improves the quality of it, as I suspect it does.

I guess that depends on what you do with what you watch when you tune into a binge-worthy show.  Breaking Bad is about people who manufacture crystal meth.   The genre is the new fascination with watching evil people be sympathetic.  Started with Pulp Fiction, I believe.  Furthered by The Sopranos.

Interesting new way of engaging with the world.  There was a time when you signed up for Ethics 101, learned about Kant’s moral imperative and Lawrence Kohlberg’s Six Stages from lowest morality to highest (the self-interest to principled behavior I just mentioned).   Don’t need to take those courses anymore.

You can stay at home and binge-watch the new genre.  Who needs the academic world to distinguish the deontological from the utilitarian?  It's all there being done for you in your own TV room in Breaking Bad.

(And I guess that’s my answer to my own question about whether binge-watching is a reflection of laziness.)

But now to sleep.  And hopefully not to dream of the dentist’s chair.