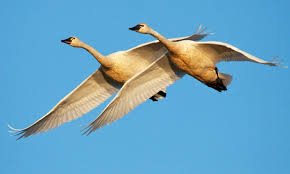 “After a year of dialogue and prayer…”

There are lots of people out there who ask the man in the sky for answers to puzzling questions and believe somehow in unearthly signs.  And in a God who steps in and makes things happen, makes you win the lottery, the football game, the girl of your dreams.  Or who becomes the voice in your head that tells you what decision you should take.

I’ve been watching several religious groups like the Methodists and the Episcopalians lately collectively praying over the decision whether or not to allow their members to marry persons of the same sex.  In the end they do or they don’t.   We don't know, of course, whether God steps in and controls the vote.  It's a matter of faith that he gives you the answer you need to have and not just the one you want to hear.   You can't help but notice that he works to make some people go one way one day and those same people go another way another day, and maybe he gets confused by all the conflicting prayers from people seeking confirmation that they are right in what they're asking for.   I don’t know the mind of God, so I can’t explain how he responds to prayerful questions, when he answers “not yet” and when he answers “it’s time.”  I have noticed, though, whether it’s God speaking or simply human societies approaching an ever increasing appreciation of human rights on their own, that the tendency is toward greater and greater personal freedoms.

Exodus International, an organization put together to “bring gay people to God” is no more.  They have, “after a year of dialogue and prayer” now disbanded.

Who am I to say it wasn’t God quietly whispering in their ears, “It’s time!”  I should perhaps be more generous.  But to my eyes it looks like it was a whole lot less a concern of God’s than something the Germans call “the spirit of the times.”  The Zeitgeist.

The spirit, divine or otherwise, has spoken.  It’s time to give up the notion there is something “inherently disordered,” as the Catholic Church puts it, about having a sexuality which directs you toward a person or people of the same sex, or both sexes to a greater or lesser degree.  People are increasingly willing to acknowledge that your sexual nature is something you discover as you grow and go out into the world and encounter people who inspire strong feelings in you – fear, loathing, admiration, respect, lust.   You name it, the feelings will have a voice of their own.

We can argue till the cows come home whether it was God who spoke to the Mormon president and told him it was time to stop polygamy as a sacred duty – just at the time when Utah wanted to become a state – or whether it was the zeitgeist.  And again when the larger American society had come to see that racism was incompatible with democracy, God/the zeitgeist told the Mormon leader it was time to change the policy about accepting blacks into the church.

The Catholic Church likes to speak of “eternal truths” – ideas that don’t change – and scatters sand in your eyes and makes you think they have never changed.  They have changed no less than the Mormons.  It’s just that the Mormons, as Americans, do it when it’s practical, and relatively quickly compared to Mother Church with their medieval sense of time.  It’s like the difference between turning a sailboat and an aircraft carrier in the water.

The point is one can turn an aircraft carrier.  One simply has to want to make it happen.  The Catholic Church can do what Exodus International did and admit that their hounding of gay people is an idea which belongs in the past.  No longer applies.  No longer makes sense.

The time has come to take a real close look at the Roman Catholic idea that one should address sexuality as a force to be shut down, and all that implies.  It’s time to recognize the harm the church continues to do in the world.

If you’ve never had a sexual encounter that thrilled you to the core of your being, this may not speak to you.  If you have, though, you will know what I am talking about.  Sexuality is not of the same order of things as a talent for music or a curiosity about plants and animals.  Like talents and aptitudes, sexuality reveals itself over time, but it is far closer to the center of our being.  If allowed to grow and flourish it becomes indistinguishable from the essence of life.  It is the thing around which one builds a way of relating, not just to sex partners but the entire world of men and women.  A man or woman “bien dans sa peau” (sitting well in his/her own skin) is comfortable with their body, uses it enthusiastically, and comes away from sexual encounters with a feeling that all’s right with the world.

There is a famous Christopher Isherwood story about entering England with his German lover back in the days of killer homophobia.  He sees in the eyes of the immigration officer that he is in trouble.  Nobody is more dangerous to gay people than another gay person who has chosen to sublimate his sexuality.  He projects that need to choke those feelings till they die and takes out on others the loathing he feels for himself.  When an anti-gay preacher turns out to enjoy gay sex on the side, it comes as no surprise.

Gay literature is filled with coming-out stories, many of which involve coming out to oneself.  Armisted Maupin writes of a time at the age of thirty-five or so when he finds himself necking at the back of a bus coming back from a gay baseball game.  It was something he should have done at age sixteen but was denied.  Something which should have been part of his natural physical and spiritual development that was blocked.  Like plaque in an artery it can lead to something like a heart attack, as in the case where it gets diverted into an exercise of power over children, for example.

The Catholic Church’s imposition of celibacy on its priests requires that they channel their sexual energy into a tightly closed place where it dies of lack of oxygen or explodes into aggressive behavior.  The notion that sexual energy gets diverted into good works and leaves you with more time for others is a myth.  Priests are no more charitable than people with healthy sex lives.  Some of them are considerably less so.

And that the church then labels even that form of sex sinful, something requiring confession and contrition, staggers the imagination.

Catholics are not the only Christians urging gay people to live a celibate life.  But they are a primary force in American society for conveying the message that sexuality should be limited to reproduction, and we have allowed that message to float in the air without regard for the damage it does to ourselves and the world we live in.

Crushing sexuality is like walking into a rose garden, placing your hand over a beautiful blossom and squeezing the life out of it.  It’s an act of violence.  A destructive act.  It serves no purpose and makes the world a darker, colder, more hostile place.   As Sister Jeannine Gramick told Frank Bruni, of The New York Times, “It’s like saying, ‘You’re a bird, but you can’t fly.’”

The collapse of the Exodus International group and their brain-washing techniques is a thing to be celebrated.  But what of the Roman Church?  How closely have we examined the connection between sex and power at the heart of that institution?   It’s not rocket science to connect the stifling of healthy sexual expression characteristic of that organization with the abuser priests and ultimately with throwing child victims under the bus.  It's all about institutional thinking and self-denial and sublimation to the powerful collective.   Chastity as a policy was instituted, after all, to assure that priests and monks who inherited or acquired wealth would leave it to the church and not to their families.  Citing biblical references for the policy can’t explain why it took a thousand years before the church acquired the power to pull it off.  And why the Bible, so rich in contradictions, can be read in so many ways to suit one’s purpose.

And while we’re at it, why are we still giving them a place at the table of moral arbiters after their demonstrated willingness to protect abusive priests at the expense of the children they abused?  Who are these people to dictate anything?

As always, we should keep in mind that those speaking for the church are not necessarily the body of believers so much as they are men who have managed to grab the mike.  Out in the real church are the voices like Sister Jeannine’s.   She, and others like her working from within, may one day free Catholics from this pernicious doctrine that sex is dirty and allow them once again to fly.

Or not.  There is another option for Catholics who want to fly.

They can leave the church behind.