Food Wrapped in Paper and Cardinal Red for Miles 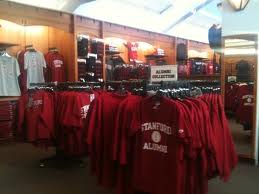 For almost forty years, one of my favorite places in the world was the Stanford University Book Store.   To walk in the front door was to feel a sense of excitement and adventure.  A giant open space with thousands of books lining the walls on several levels.  Shelf after shelf, row after row – political science, history, anthropology, linguistics, a state of the art storehouse of the latest publications.   You expect bookstores in university towns to be treasure houses.  But Stanford’s was for me among of the most satisfying.

That is the case no more.  Like all bookstore lovers, I’ve been watching the bookstores close that I once knew, and I’m fully aware that as a heavy user of Amazon I’m at the heart of the problem myself.  In Berkeley, where I live, Cody’s on Telegraph is long gone, as is their branch on 4th Street.  Black Oaks books in North Berkeley has moved to a much cheaper and harder to reach location and shrunk to a shadow of its old self.  Kepler’s in Palo Alto is gone.*   The closing of bookstores is old news.

I don’t know why I should think it would be any different with the Stanford Bookstore, but when I walked in there the other day for the first time in a couple years, I felt the urge to sit down on the floor and have a good cry.  The books are gone.  Most of them, anyway.  In their place are miles and miles of Stanford tourist junk – T-shirts, sweats, running shorts, leather-bound notebooks – all carrying the Stanford logo.  Books?  Yes, what books we still have are upstairs at the back.  Keep going.  You’ll find them eventually.

I used to joke during my years in Japan that I never met a college age kid from one end of Japan to the other who had not been to California and bought a Stanford T-shirt.  Stanford’s my alma mater, so the Stanford logo catches my eye faster than it does most people’s, probably, but I’m not exaggerating all that much.   Friends tell me the same thing holds for China.  Stanford and Harvard are big names.  If you move in university settings around the world, you feel the magic of the draw of big name American universities.  It’s something to be proud of actually. 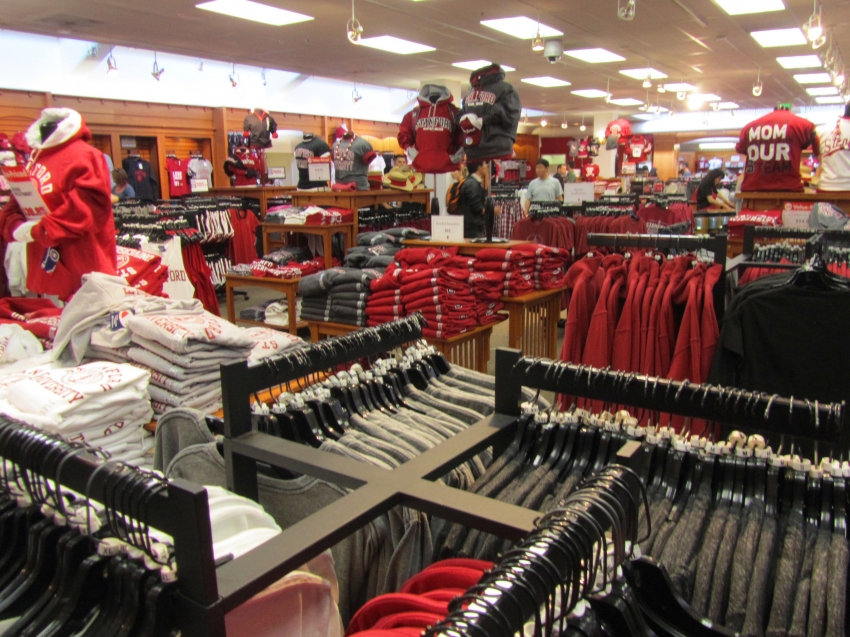 Until you walk onto the Stanford Campus and find the supplier where the bookstore once stood.  There were always T-shirts to be had, of course, but they used to be out of the way.  Today they are the entire store.  Chinese tourists don’t buy books on Nietzsche, or LBJ’s latest biography or the history of religion in America.  They do buy Stanford souvenirs.  And this is America.  Our corporations rule the world and they didn’t get where they are by missing commercial opportunities.

Then came the second punch in the gut.  The years I spent at Stanford I took pleasure in the fact that the public dining space at Tresidder had much better food than you might expect at a cafeteria.  Lunchtime choices were plentiful and the atmosphere welcoming.  I can’t remember ever not looking forward to lunch.

To walk into Tresidder today is to walk into a fast-food mall.  Starbuck’s has a concession.  Jamba Juice.  Subway.  The Treehouse for pizza, burgers and TexMex.  It’s not all junk, of course.  But it’s fast food, and when you walk in the door you’re hit by the smells of a mall.  People are eating out of the paper wrappings and the industrial tables and chairs, the concessions on all sides, everything suggests that great old American expression, “Let’s grab a bite.”  Not a place you want to linger.

What strikes you about these two locations is the presence of corporate America.  Fast, efficient, cheap food.  Items on the shelves that sell.  No waiting.  Our cashiers are here to serve you.  Why should Stanford be any different from the rest of America?  Good restaurants abound.  Why must there be one here?  You want to browse the books?  Isn’t that what libraries are for?  Why should bookstores provide that service?

My friend Bill from Stanford days is in town and when he mentioned he had not been on campus in twenty years, we decided to go down and take a nostalgic look.  I live an hour away from the Stanford Campus, but I had not been there for a couple years either.  I was looking forward to seeing it again and sharing the experience.

There’s nothing sillier, of course, than two old geezers walking around a place exclaiming didn’t this used to be over there and didn’t that used to be over here, and oh look, you can’t see the clock any more and wow they’ve put in carpeting here.

Stanford is still a beautiful place.  The Spanish California architecture is still a feast for the eyes.  Some of the new buildings are mighty fine.

It’s nobody at Stanford’s fault that bookstores are becoming a thing of the past, and if China’s millions want to buy Stanford running shorts, who am I to say we shouldn’t supply the demand?  And those concession stands?  At least my cappuccino was made by human hands and the coffee shop was as it always was.  True, I got it in a paper cup, but there are so many places these days where a machine does it from start to finish – also, and more obviously, in a paper cup.

It’s probably a good thing.  Nostalgia?  Who needs it?  And let's keep some perspective here. Stanford is a whole lot more than its bookstore and its cafeteria.

And yet, these places are its public face.  Places that catch the attention of people passing through.  It's going to take some doing to get the image out of my mind of a room full of people eating their lunch out of the kind of paper wrappings you find around McDonald’s hamburgers in a room where I think I remember the sound of real knives and forks and the tinkling of water glasses. 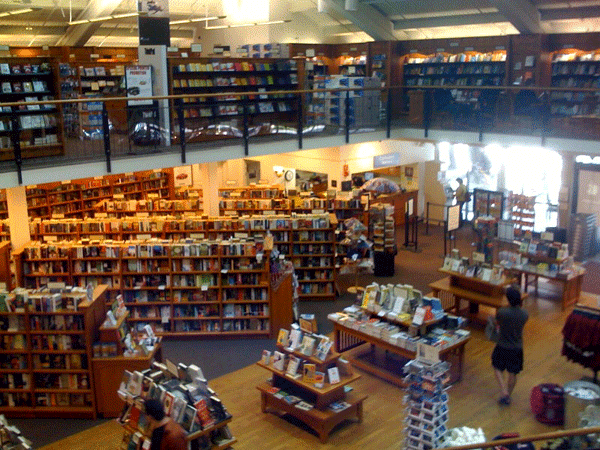 It’s possible, of course, that I’m remembering that wrong.


But the Stanford Bookstore?

That place I remember.

And that place is no more.

Where it once stood is a store that sells T-shirts.

Time to move on.

*Correction.  Kepler's is not gone.  It has merely changed hands.  Thanks to a denizen for the correction!