It wasn’t the butler 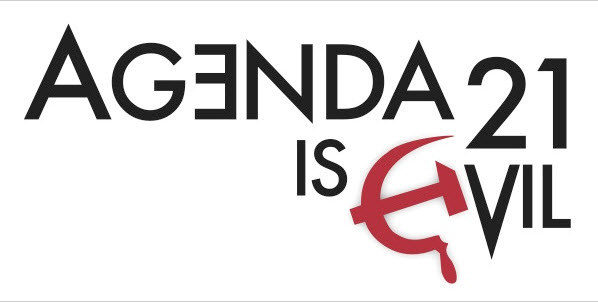 After a week of gloating over the election results, in which I participated fully, I note people are back to talking of the cultural divide.   Film critic Andrew O’Hehir at Salon, poked fun the other day at pundits like David Brooks and Thomas Frank, and the way they seem to generate one descriptor after another to characterize the two sides.  Volvos vs. pickups, Walmart vs. Whole Foods, FOX audience vs. MSNBC audience, Christian-Caucasian-libertarian-capitalist-nationalist vs. secular-multicultural-communitarian-internationalist-environmentalist.  We can all do it.  My snob friends and I tend toward phrases like “us” vs. “the low-information voters.”  Or Enlightenment tradition vs. authoritarian fundamentalist tradition.  Paul Ryan just added a new one.  The Republicans lost, he said, because so many people in the cities came out to vote.


Almost any news source will lead you to the conclusion that we live on separate planets, us and them.  Still making the rounds is the “idiot voter” sampler the left put out to poke fun of Romney’s clueless supporters.   Highly biased politicking, since you can find airheads on both sides, certainly.  Jay Leno used to send people out of the studio in New York to ask the man – or teenager – on the street questions like what is the capital of France and how many Supreme Court justices are there, and we’d all laugh at the dumb answers.  You may remember that clueless  Miss South Carolina who seemed incapable of finding her way out of a telephone booth.  But when we play this kind of game of laughing at the inmates in the asylum during a political campaign, we can spin ourselves into despair at the state of the nation.  There is serious debate to be had between large government and small government, between governance and the marketplace.  But how will we ever get there?  The Republicans have crashed and burned, and instead of waking up and smelling the coffee, a good chunk of them are back at their old ways with a vengeance.

Donald Trump wants us to march on Washington.  Karl Rove comes up with eighteen or nineteen reasons for defeat, which include the kind of reasoning Bill O’Reilly gave on his program – the minorities “want stuff.”  Not included in Rove's reason for victory is the possibility people had a problem with the likes of Todd Akin and Richard Mourdock and their neanderthal attitudes toward women.   Obama had an 11-point edge in women’s votes, we're told, although as Dante Chinni in The Atlantic points out, the women’s vote may have had to do more with race and marital status than gender.

Meanwhile, down in the ranks, there is talk of secession.   Last I checked, 700,000 people from all fifty states have signed a White House website petition asking for the right of their states to secede from the Union.   So much for one nation, under God, indivisible.  There’s a rule that says when the number of signatures on a petition exceeds 25,000, the president is required to respond.  So far seven states have gone over 25,000 signatures: Alabama, Florida, Georgia, Louisiana, North Carolina, Tennesee and Texas.  (Hope you held on to your Confederate money, guys.)  Texas has more than 99,000.  If you'd like to join them, you can access the petitions here.

To be frank, I have to tell you if the election had gone the other way, I’d be petitioning for California to secede, so I can’t claim the high road here.  But once folks signing these petitions realize what it would actually feel like to live in a hard red state without the blue states to build their schools and roads, they’ll sit down for a little rethink.  Like the 850 citizens of Atlanta who have signed a petition to secede from Georgia and remain with the United States.

More long lasting trouble for the Republicans will come from all the combinations of conspiracy, McCarthyism, religion and jingoism that marble the ranks of the party.  I just saw a hilarious video of an award at a so-called Christian film festival.  It took place a couple years ago, but it’s a gift that keeps on giving.  I’m referring to the Agenda 21 Conspiracy Theorists.

Agenda 21, if you’re unfamiliar with it, is a UN plan for sustainable development initiated at the Rio de Janeiro Conference on Environment and Development in 1992.    The “21” refers to the 21st Century.  It is an action agenda which nations can sign onto, if they wish, and 178 governments did (and one wonders why the other thirteen did not), including the United States.  For how the agenda has progressed since then, link here.   Since Agenda 21 is not a treaty, there has been no serious debate in the U.S. Congress on it, but Nancy Pelosi, John Kerry and Harry Reid have spoken out in favor of it, and about 528 cities across the country have implemented local plans.

Then came the brick wall.  Once the Tea Party got wind of these efforts, they began to do everything they could to counter them.  They showed up at planning meetings to oppose bike lanes, public transportation and plans for more public open spaces.  Their efforts doomed the prospects of a high-speed train in Florida and in Maine they sabotaged a plan to ease congestion – all arguing that these are plots to turn the country over to the UN.  The Republican Party, apparently knowing on which side its bread is buttered, began speaking of “the destructive and insidious nature” of Agenda 21.   Agenda 21, no surprise, was a favorite hobby horse of "New York Times bestseller" Glenn Beck. *

For an unusually vivid picture of the irreality engaged in by the Tea Party, check out that video of the award ceremony at the “San Antonio Independent Christian Film Festival”  and you’ll see an award of $101,000 going to the maker of a documentary entitled – are you ready for it?  Agenda.  At the top of the web page is a blurb which says it all:  “Agenda is the most powerful expose of the communist, socialist, progressive (sic) attempt to take over America produced so far.”

The trailer is available.  It shows a mind-boggling mish-mash of demonic forces jumbled into one – Lenin, Darwin, Hitler.  A booster site would include Betty Friedan. (“A staunch supporter of Stalin, Betty Friedan launched the Feminist Movement in America.”)

It actually has a young Ronald Reagan introducing the film (one wonders how they managed the time machine challenge)  and it features such illuminaries as Phillis Shlafly and Ed Meese.  There is a plot line, of sorts.  About how there is a grand plan to destroy civilization.  And (spoiler alert ahead) this is not a parlor game.  It wasn’t the butler who swung the election for Obama.   As filmmaker Curtis Bowers will tell you – and he got this straight from God – it was Satan.

I say I’m still gloating over the victory.  But I’m also still shivering at the thought of what forces would have been let loose if the election had gone the other way.

picture credit, with apologies if my choice of picture header should be mistaken for an endorsement of whackitude.  For facts on Agenda 21, link here and here.

*P.S.  (added at 3:43 p.m.)  I didn't realize it when I posted this this morning, but Glenn Beck, only yesterday, published a book on Agenda 21.  See what Mother Jones has to say about it here.
Posted by Alan McCornick