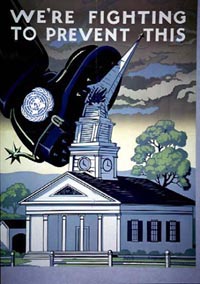 I’ve often said it will be a great loss to humankind when Pat Robertson meets his Maker.  He’s a gift that keeps on giving to anybody with a proper appreciation of the absurd.  He's not the only filthy rich follower of Christ, though, undaunted at the challenge of making it through the eye of the needle and happy to make his fortune predicting the end of the world.   Or at least civilization.  These guys pop up all over the place.

Like France, for example.  France has its purveyors of the view that the sky-is-falling, just like we do.  Over there it’s Cardinal Twenty-Three – don’t you love that last name – Cardinal Vingt-Trois?  André is his first name.  Archbishop of Paris.  André Twenty-Three speaks of the new bill being debated in parliament that would give gays the right to marry as “the marriage of a few imposed on everyone.”

But André Not-Quite-Two-Dozen is not the only fellow in the land of wine and cheese, croissants and the concept of the exquisite to fear the plunge if the law should pass.  He’s joined by one of that nation’s leading rightwingers, a man named Serge Dassault.  Senator Dassault, if you please.  Helps run the damn country.  And wouldn’t you just know it, he’s France’s answer to Rupert Murdoch and Silvio Berlusconi.  What is it about these characters – I’d have to add Axel Springer in Germany and William Randolph Hearst, both now long gone, powerful media figures who achieved great political power, as well as power to sway public opinion, not necessarily in the service of democracy.

Most people know of Berlusconi’s shenanigans and his takeover of Italy.  They know less about Dassault, I think, even though he’s right up there with what we are now calling "the 1%", (and should actually be calling the 1/10th or even the 1/100th of 1%) - the richest people in the world.  According to Forbes, Dassault is World Rich Person #93 in rank.  Not too shabby.   A personal fortune of a mere 9.9 billion dollars, not yet ready for the big leagues, where you have to have 10 billion these days.   Among the senator’s many possessions is the well-known Le Figaro, France’s second-largest newspaper, with a readership even larger than that of Le Monde.  The son of Jews who converted to Catholicism, he now gets to join forces with André to oppose the passage of equal rights to marriage by lgbt French people.

How’s this for a direct quote:

(There will be no more renewal of the population, what’s the point?  Do you want a land of homos?  OK, then in ten years there won't be anyone around anymore.  That's stupid.)

(Look at history, Greece, it's one of the reasons for its decadence.  It's the end of the family, the end of child development, the end of education.  It's an enormous danger for the whole of the nation.  Enormous.)

It’s going to be a long haul.  Support among the general population for same-sex marriage has dropped from 63% last year to only 58% this year,  many say because people are annoyed the socialist government is focusing on same-sex marriage when they should be focusing on the economy.    That’s still a clear popular majority, but it’s not up to the people.  It’s up to their leaders, like Dassault.  Remember, this guy is a Senator.  Same as Rick Santorum.

And you want me to stop gloating over the victory of Barack Obama and a recapturing of the majority in the American Senate by Democrats – including their new colleague Tammy Baldwin?

Fat chance of that.