Who Turned the Lights On? 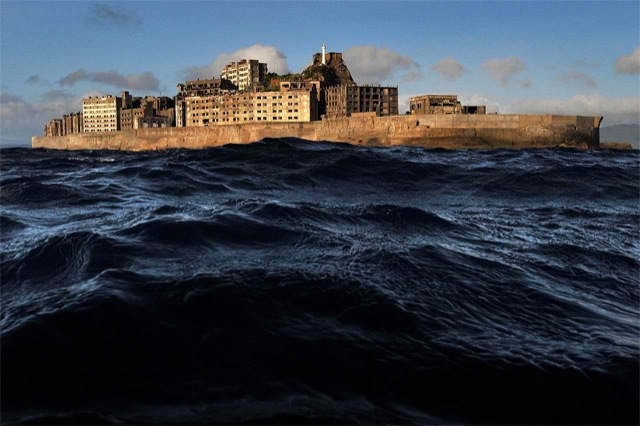 I wrote the other day about silence as a response to the horror of the Holocaust, and how it extended into the next generation, which was taught there was no use asking questions because there would be no answers.  I mentioned in passing my lasting impression of Japan as a place where I ran regularly into walls of silence.  At first, I assumed it was my lack of familiarity with the place and with the language.  But over time, as my Japanese improved and I began recognizing more and more patterns, I realized there were simply things about which one was not supposed to speak. Period.


As I thought about what I had written, I began to feel a tad sheepish.  I heard a voice in my head saying, “What a foolish generalization.  You, of all people, ought to know better than to make generalizations about national characteristics.”  I spent my career exploring various aspects of culture, the intersection of culture and religion, culture and society, culture and civilization, the anthropological understanding of the concept as against the popular understanding, and the ways culture makes the individual and individuals make and change their culture.  Sure, silence, or “sitting on information,” if you will, may be described as a cultural response when it is widespread, and when it becomes a common response, justified by what people would describe as “common sense.”  But it’s unworthy of you to think of it as in any way peculiar to Japan.

Yes, but… yes but somewhere along the line I came across a way of contrasting how Japanese and others, including Americans, dealt with social problems.  “You Americans,” one of my Japanese friends once told me, “When you find a social problem, you like to blow it up and make a big stink about it.  You think by getting everything out into the open and talking it to death you can solve it, somehow.  We Japanese prefer to handle the situation quietly, privately.”  I later came to describe that phenomenon as watching the Americans “turn the lights on” and the Japanese “turn the lights off.”

I ran into difficulty once when teaching a course in argumentation.  To build debate topics, I naturally turned to controversial topics, insisting that one of the fundamental rules of debating should be that you didn’t waste your time with trivial issues.  One debated for a reason, to find ways to make positive change.  How could one effect change without a proper understanding of the issues, I asked.  And for that, one had to “turn on all the lights.”

We took up the plights of minorities in Japan – the Vietnamese refugees, the Latin Americans of Japanese origin, the long-term Chinese and Korean residents of Japan, many of whom spoke only Japanese and had no other identity but were still denied access to full participation in Japanese life.  And, of course, the extremely touchy topic of Japanese “untouchables,” the burakumin.  As we began to get into the topic, one of my students came to me in some distress.  She had to withdraw from my class, she told me, because her mother could not approve of what we were doing.

Later, I found a similar response when I brought up the question of the “comfort women,” women, mostly Chinese and Koreans, who were pressed into prostitution to service the soldiers during the war, allegedly to cut down on rape.  Each time I searched for social movements that might address these issues, I encountered the same resistance.  Some things, obviously, were simply “too sensitive.”  Things were being done about them, I was told.  But quietly.  Without fanfare.

Memories of those experiences came rushing back today when I heard on the radio the story of Hashima 端島, an island off the coast of Nagaski Prefecture, also known as Gunkanjima 軍艦島 (Battleship Island), about nine miles from Nagasaki itself.   From 1887 to 1974, the island was a coal mining facility.  Mitsubishi bought the island in 1890 for ¥100,000, and eventually built large concrete structures to house the employees in the mines, rather than have them make the journey from the mainland.  Concrete was used to protect against typhoons, and the buildings became the precursor of the concrete nightmares in industrialized countries everywhere.   People were jammed in, with six times the population density of Tokyo.

In 1974, suddenly the coal ran out.  Mitsubishi told the more than 5000 residents that there would be a few jobs for them on the mainland, but on a first-come/first-served basis.  Now the storyline shifted from the hellish life in the mines to the kind of labor abuse big corporations routinely inflict on their workers, when they no longer serve their purpose as money generators for investors.  The same story whether it takes place in Hashima or Flint, Michigan.

But then the narrative took yet another turn.  A Swedish report on The World.com focuses on the danger common to all mining activities as well as on the workers left stranded.  Another article in Der Spiegel, takes it further yet.  It is estimated, they say, that some 1300 workers lost their lives on the island by the end of the Second World War, most of these forced laborers, many of whom tried to escape in vain.   Sakamoto Doutoku. who spent his childhood on the island and remembers how radically things improved after the war, is trying to persuade the authorities to make the island into a world heritage site.

And here is where silence comes in once more.   Not only does Sakamoto observe that “perhaps this is something I should not talk about,” but we learn that the effort to make this into a world heritage site is being held up by some Koreans, distressed that the story of forced labor is not being widely told.   And a Swedish filmmaker who wanted to make a documentary of the island's history reports, "We met a lot of embarrassment. We met a lot of hushed faces, a lot of people who would turn away as soon as we started speaking about the island, almost like it was a leper colony or something."

Japanese politicians are notorious for their denial of abuse of the Koreans from the early days of colonization through the end of the war, and Korean resentment refuses to die.  Now here comes another example.  One I had not heard of before.

Wouldn’t you just know it.  As Japanese wait for “all this to blow over,” the Brits have to go and make another James Bond movie.  Skyfall.  And they get Daniel Craig to be James Bond again.  And they get Javier Bardem to play the bad guy.

And the bad guy has to have an island to live on.  And where would we find such an island?

You guessed it.  Hashima.

Damn. We were doing so well.  We were starting up a tourist industry, talking about making some money off this ghost island.  Now MGM and Sony (Sony! yet) has to come in with its Hollywood extravaganza sound and fury - and all those lights - and tell the whole world the story of this guy Sakamoto and his plans to create a world heritage site.   And so now the Koreans suddenly have a much bigger audience.

Just as the comfort women story was blowing over.  Because the last of the women are now dying off and, with few exceptions, nobody talks of this any more.

P.S.  It turns out they didn’t do any filming on Hashima, after all.   According to a background story on the movie, the actual island used was "(l)ocated...off the coast of Macau...based on the real-life, abandoned Hashima Island, near Nagasaki, Japan."

Based on Hashima?  You mean you didn't even use Hashima?

Labels: Bitchin' and Testifyin', My Life in Japan

Are there any examples of anything being done quietly? If there were, perhaps this habitual denial would be tolerable, but there does not seem to have been anything done quietly for any of these abused people.

That's kind of the point, isn't it - that it's the squeaky wheel that gets the grease. Some might want to argue that the fate of the non-enslaved workers at Hashima was no worse than the fate of any mine worker anywhere in the world. I don't know enough, don't have any first hand knowledge, so I can't speak to that. If somebody wants to dig around a bit more in this history, it would be a good thing, I think.